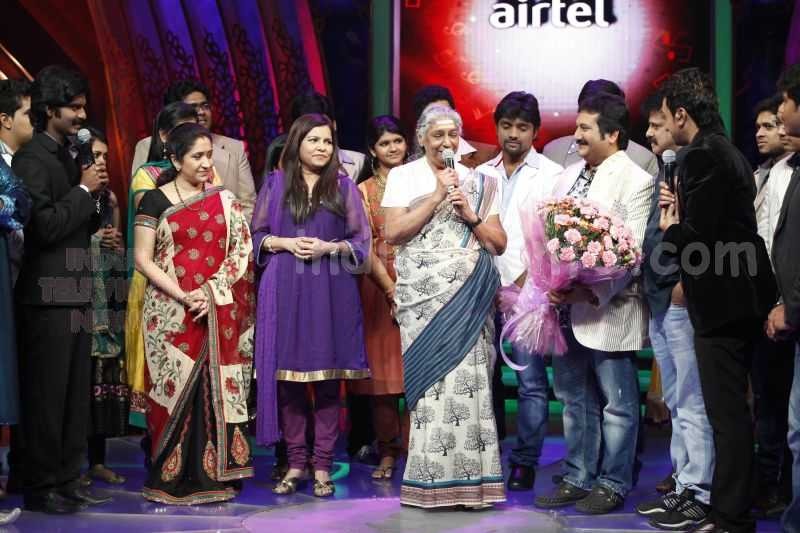 Vijay TV’s most admirable show Airtel Super Singer Season 4 is the biggest singing talent hunt in Tamilnadu and the show has astounding response from the viewers.

The competition took off with thousands of youngsters performing and singing to various genres of music; twenty talented singers now face the biggest challenge to perform and impress the top notch judges who are eminent playback singers Srinivas, Sujatha and Unnikrishnan.

On the episode which is airing on 2nd September till 6th September the show will have the Airtel Super Singer Top 20 contestants singing in front of legendary singers.

Eminent playback singers S. Janaki and S.P. Balasubramaniam along with Bombay Jayashree who is appearing on the show for the first time will grace this occasion of ‘Sigarangalin Sangeetham’ episode. The other celebrity guests for the show are Sadana Sargam and Mano.

The top 20 contestants are introduced now one can expect top quality singing in the weeks to come as the competition gets tougher. The show is hosted by Ma.Ka.Pa Anand and Vishnu.

Do not miss to watch Airtel Super Singer season 4 that is airing Monday to Friday 9pm only on Vijay TV.