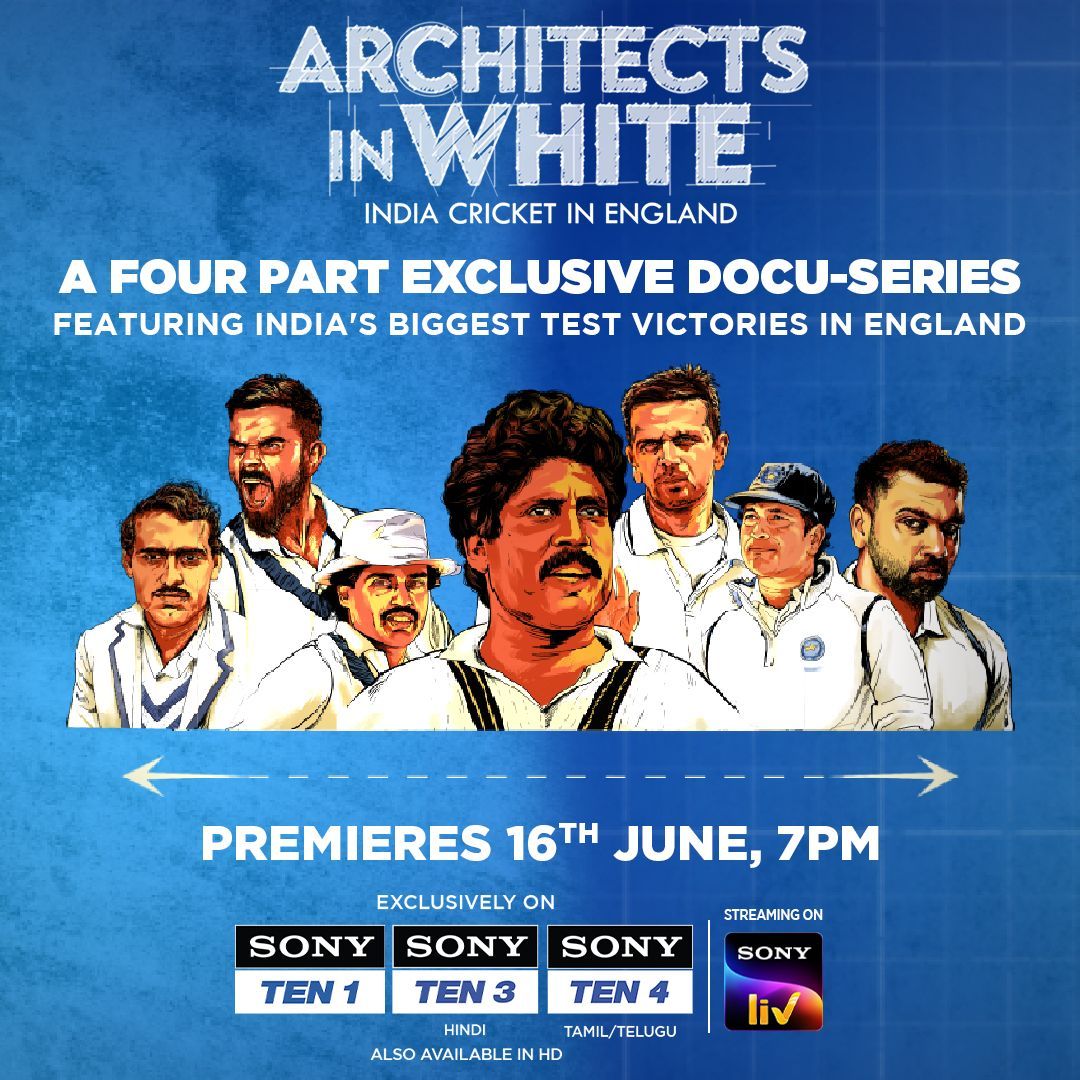 After narrating the heartfelt story of the underdog Team India with its docuseries Down Underdogs– India’s Greatest Comeback’, Sony Sports Network prepares to showcase another riveting story about the long-standing Test cricket rivalry between India and England. Narrating the stories of Indian cricketers who orchestrated India’s success against all odds, the broadcaster presents ‘Architects in White – India Cricket in England’ that celebrates the architects of India’s Test wins on English soil.

Link of the docuseries screener – https://youtu.be/5ccKiIqlLv8

For India, playing against England is more than just another cricket rivalry; it is about national pride! The docuseries relives India’s most historic Test wins against the nation that brought cricket to India. ‘Architect in White – India Cricket in England’ recounts India’s Test wins over England in the last nine decades.