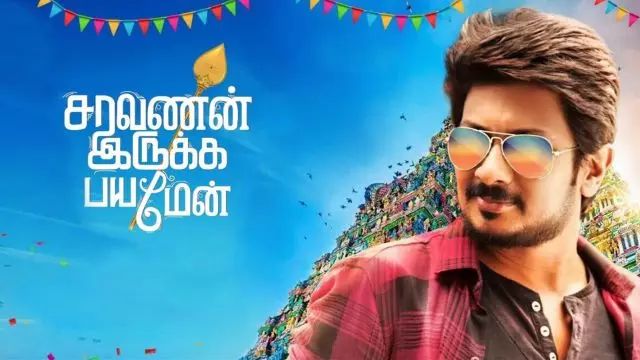 A devotional start on this auspicious day with blissful music. Our very own super singers will sing popular classical devotional songs at 7 AM. The suave and handsome star of Malayalam cinema actor Dulquer Salman. He will be seen sharing his solo journey in the industry, revealing his personal side leading to ‘solo’ movie experience along with his cast and crew at 8 AM. at 9 AM For the first time on Television, a horror comedy, the family entertainer of 2017- sanguli bunguli Kadhava thora will be telecasted as special movie at 10 am.

The movie stars actor Jeeva, soori & sri dhivya in the lead roles. The movie is directed by Director Ike. Don’t miss the horror comedy at 10 am on Ayudha Pooja 2017 day .

At 1 pm in the noon, a fun filled show, Vijay Kudumbam with the new fiction faces. An adventurous game show in the toughest course ever. A great challenge to ones physical & mental ability. Celebrity couples taking on this toughest challenge in the show Ready take action at 3 PM. Telugu super star Mahesh Babu’s most expected movie is Spyder. The movie is directed by Ace director AR. Murugadass.

Vijayadashami on September 30th, there are exciting shows too. The Veteran Actor Sivakumar addressing a mass gathering. Around 10,000 students from Thirunelveli witnessed his powerful & thoughtful speech and interacted with him. Watch this Special show Nerukku Ner at 9 AM. At 10 am, The directorial debut of Actor Dhanush, the Movie Pa pandi will be premiered first time on Television.

The movie starring Rajkiran, Revathy, Dhanush & Madona Sebastian. A Fun filled cooking competition with the guidance of two big chefs & their verbal instructions. The chefs are none other than chef Venkatesh Bhatt and chef Dhamu. They will be seen instructing the contestants who does not know cooking. This cooking war Adhiradi Kitchen Special at 1 PM.

Get set for the laughter riot with Kings of comedy kids vs kalakka povathu yaru finalists. For the first time ever, a clash between these comedy teams, only on the special show Neenga shut up panunga at 2.30 PM. Enjoy this festive day with the Special movie premiere of Saravanan Iruka bayamen. It’s a Tamil Supernatural comedy film written and directed by Ezhil, starring Udhayanidhi Stalin and Regina Cassandra in the leading roles with Srushti Dange and Soori in supporting roles. Don’t miss this enjoyable movie at 4 pm.