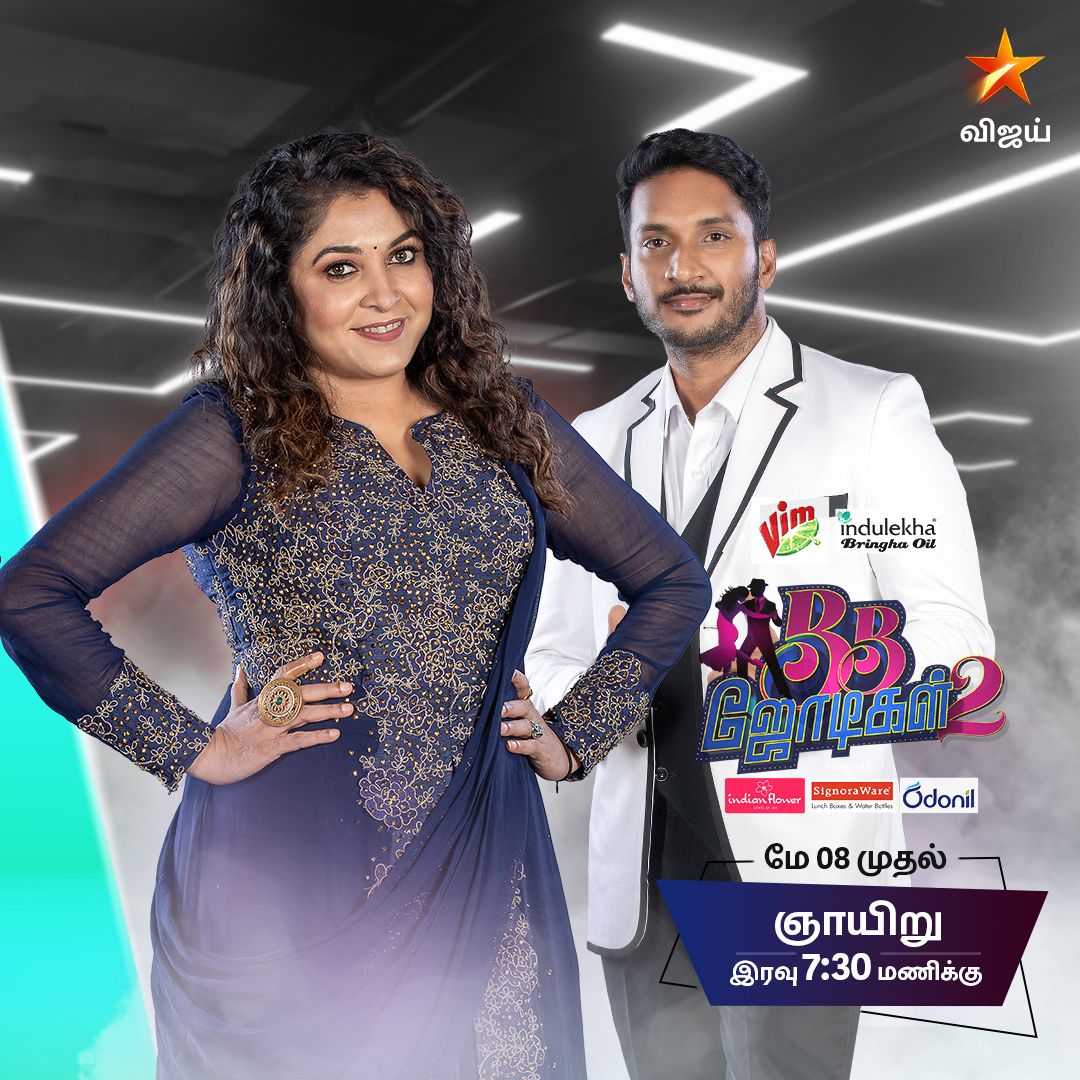 Every Sunday at 07.30 PM is the Telecast Time of BB Jodigal Season 2

Leading Tamil GEC Star Vijay Launching the 2nd Season of celebrity dance reality show BB Jodigal season 2. Every Sunday at 07.30 PM is the Telecast Time, Premiers 8th May. The couples are popular among the Tamil audiences who were participants of the Bigg Boss show. Chellamma Serial Launching on 09th May at 2:00 PM, Every Monday to Saturday.

Sporting an altogether different shade and playing this unique BB Jodigal the viewers are sure to have a gala time while they will watch their favorite celebrities dancing on the grandeur floor. Each week there will be elimination process based on the performances. Eventually top scorers will battle for the coveted title of BB Jodigal Season 2.

BB Jodigal a distinctive celebrity dance show based on the universal theme of love, companionship and understanding, the show will seize the prime-time weekend slots. The show aims to test and inspire the strength of relationships, which are mostly taken for granted in our day-to-day lives, as it will probe into the compatibility levels of couples. Raju , Deepa, Priyanka , Sunitha , Madurai Muthu Featuring Latest Show Raju Vootla Party (ராஜு வூட்ல பார்ட்டி) Starts from 24th July at 09:30 PM on Vijay TV.

These pairs will be tested in the areas like folk song, western number and many more such songs which were huge hits from Tamil cinema. The pairs are now all set to recreate magic with dancing talent. BB Jodigal as it is will be a star couples special where the acclaimed and talented real couples are Thamarai – Parthasarathy and Suja Varunee – Sivakumar. On the reel-couple side the talents are Iykki Berry – Dev Major, Isaivani – Velmurugan, Amir Pavani, Ganesh – Harthi, Abhishek, Suruthi and others.

Adding a dash of glamour to show is the star attraction anchors Raju (title winner of BB5) and Priyanka. The immaculate and inimitable judges of BB Jodigal Season 2 are none other than actor Ramya Krishnan and Choreographer Sathish.