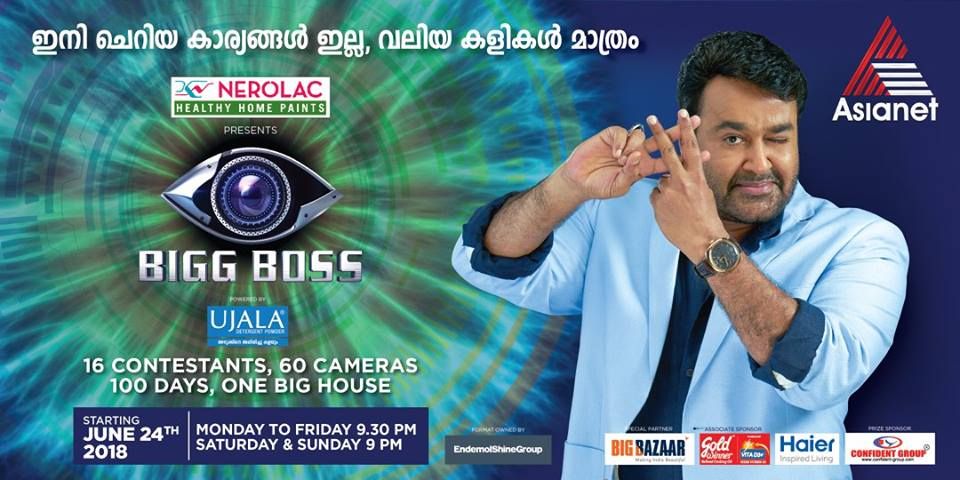 She appeared in some malayalam films, like anyarkku praveshanamilla etc. there is no more info about this malayalam bigg boss contestant.

He is popular for his role in classmates movie, pazhamthuni. Anoop started his film career through black movie and appeared in many malayalam films.

She is very familiar with malayalam mini screen viewers, played major roles in popular tv serials. Archana is now a part of this reality show.

She is popular with kiss of love, maru thurakkal samaram etc. diya is one of the contestant at bigg boss malayalam reality show.

She appeared in many malayalam films, hima is a film and theater actress.
Manoj K Verma – Actor / Businessman

He played roles in some kannada films, now one of the contestant of asianet bigg boss show.

There is no introduction need for pearle, she anchored so many shows in mazhavil manorama and other channels. was a part of so many malayalam films.

he known as tharikida sabu, hosted a television show on surya tv. sabumon appeared in many malayalam films and now in the bigg boss house.

Swetha appeared in many commercials , films etc and now participating in the show.

She is the daughter of malayalam actor Jagathy Sreekumar and one of the bigg boss malayalam contestants.

Pranayam, Ammuvinte Amma are some of the serials of this contestant.