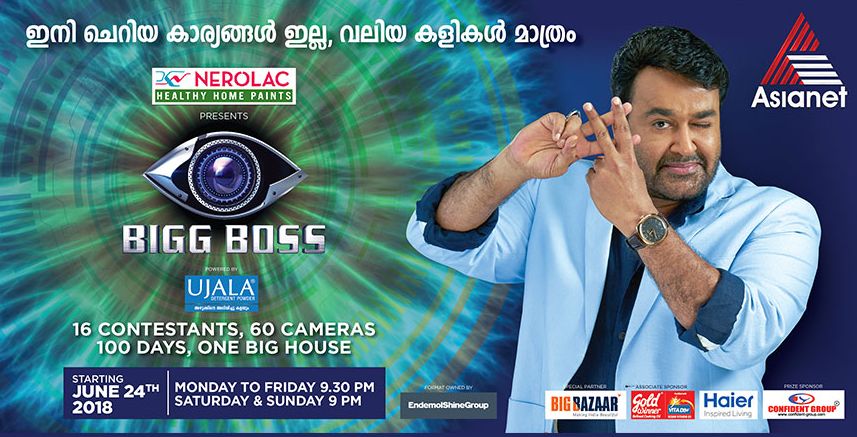 24th June 2018 is the launch date of bigg boss malayalam on asianet channel, actor mohanlal officially announced the date through his facebook page. star network holding the telecast rights of bigg boss in telugu, tamil and malayalam. bigg boss is the indian version of big brother reality show developed by endemol, it’s original airing through colors channel. Asianet selected the most popular malayalam actor to host the show, they expecting record trp ratings for the show. This will be very huge for the malayalam tv viewers, their favorite actor coming to mini screen.

who are the participants of the show, there is no clue about the same. there will be 16 vibrant celebrities from film, mini screen , sports etc in the show. contestants of the show is known as housemates, we can expect the names very soon. Asianet planning big promotions for the show, there are not fixed the telecast time of the show. It’s supposed to be 9.00 p.m or 9.30 p.m slot every day. comedy stars season 2 at this slot doing better trp for asianet. comedy stars 2 getting 10 average trp now. kamal hasan hosting the tamil bigg boss and it’s second season ready to air.