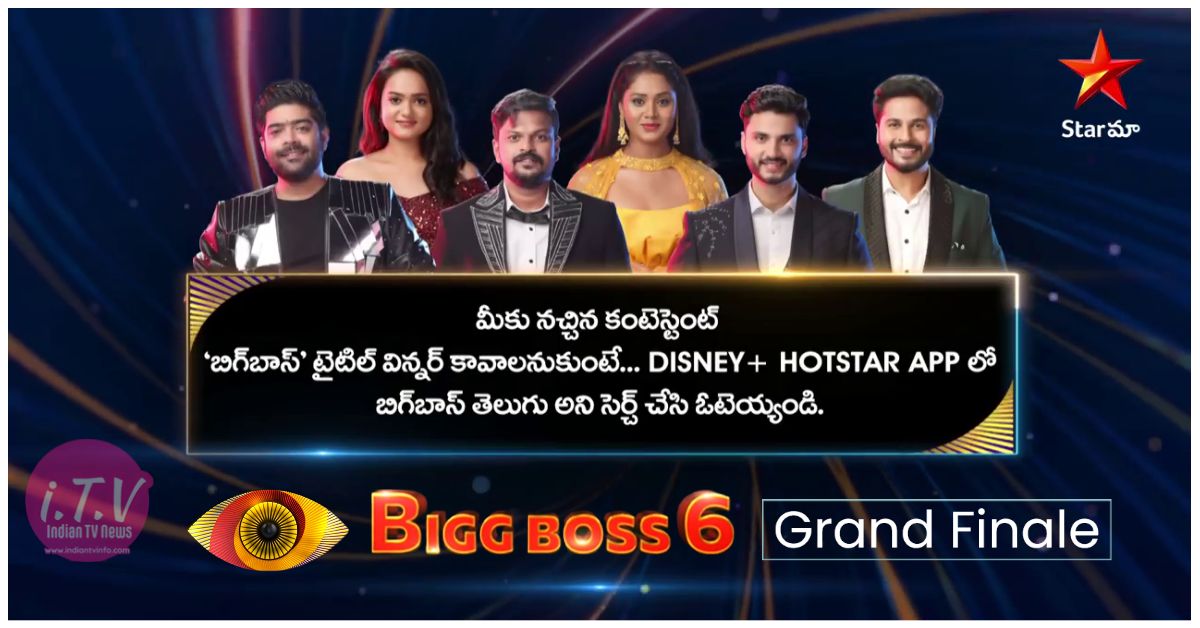 Adi Reddy is a Popular YouTuber, He Reviewed Bigg Boss Videos and Participated in the 6th Season of Bigg Boss Telugu Show. 7288877617 is the Missed Call Number of Adi Reddy.

Bhanumathi (Manasichi Choodu) , Dr. Hima Karthik (Karthika Deepam) Are Some of The Popular Serials of Keerthi Bhat, She Reached the Finals and 7288877601 the Missed Call Number of Keerthi Bhat.

L.V Revanth is One of The Popular Contestant of The Show, He Contested in Reality Shows Super Singer 5 and Indian Idol 9. Singer Revanth Bigg Boss Telugu 6 Missed Call Number is 7288877620

Television Actress, Akka Chellelu and Trinayani Are Some of the Popular Serials of Bigg Boss Season 6 Telugu Finalist Sri Satya

Can you Predict The Winner of Bigg Boss Telugu 6 ?, Who Will Be The Winner ?