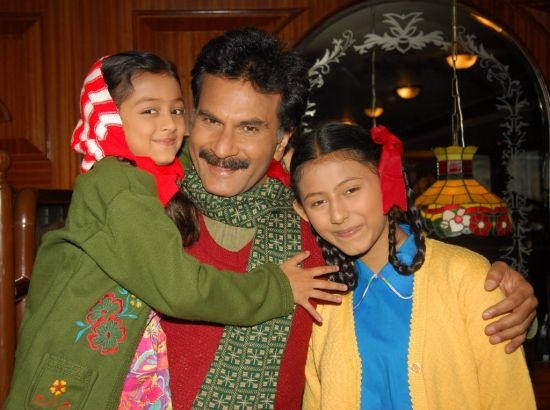 Viewers, get set for a new show from India’s leading entertainment channel, Zee TV! Be prepared to lose your hearts this summer to two extremely adorable little girls who’re about to enter your lives! Premiering on Monday, 4th April at 7 PM,  ‘Chhoti Si Zindagi‘ is a touching tale about Isha and Ira whose innocence, sweetness, sense of mischief and zest for life are bound to tug at your heart strings and make you want to pick them up and give them all the love they don’t get! Yes, the lovable girls must find their own in a world where they have no one to call their own!

Produced by J.D. Majethia of Hats Off Production, Zee TV‘s latest primetime offering follows the lives of Isha and Ira as destiny lands them in an orphanage despite having a parent. This life-altering moment gets Isha and Ira to develop an extremely close bond. They share an amazing adventure of hope, faith and caring. The show has been extensively shot in picture-perfect snow-capped peaks of Pahelgaum and Kasauli and has several interesting faces in the cast.

While the role of elder sister Isha will be played by Richa Mukherjee, noted for her convincing portrayal of Laali’s younger sister Rekha in ‘Agle Janam Mohe Bitiya Hi Kijo’, the young Ira is played by Shruti Bhist, an adorable and innocent fresh face on the television circuit. Playing the father fraught with severe adversity, yet putting on a smiling face for his girls is the well-recognized film and television actor Pavan Malhotra

. Veteran baddie Sushmita Mukherjee with her inimitable serpent-like vicious quality has been cast as the diabolical Devki, the much-dreaded matron of the orphanage. Her right-hand and accomplice in all her misdoings at the orphanage is her brother Bhola played by Sachal Tyagi.

So, what does your heart say about two little girls whose father leaves them one day at an orphanage? What could possibly have prompted a man who immensely loves his daughters to take such a drastic step? To find out, stay tuned to ‘Chhoti Si Zindagi’ every Monday to Friday at 7 PM only on Zee TV.