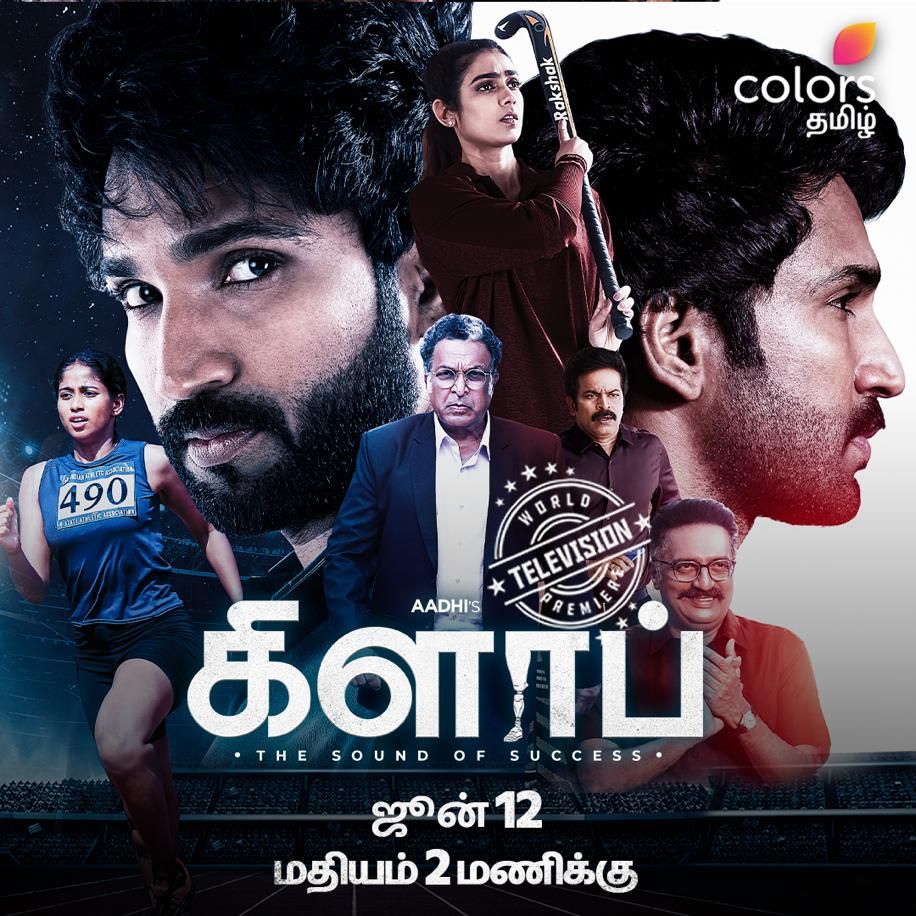 Colors Tamil bring the World Television Premiere of Clap this weekend, 12th June at 2:00 PM. A treat for sport fanatics, the most anticipated movie of 2022, featuring Actor Aadhi Pinisetty and Actor Aakanksha Singh as the main protagonists. Traversing around the trials and tribulations of a sports athlete, tune into Colors Tamil to watch an endearing movie that proves hardwork never fails , this Sunday, June 12th at 02:00 PM.

The plot narrates the life of a former national athlete, Kathir ( Actor Aadhi Pinisetty) who meets with a fatal accident and loses a limb, thereby shattering his dreams of winning the National Athletics Championship. Kathir’s relationship with his wife Mithra (Aakanksha Singh) suffers because of the tragedy and his post-traumatic stress , and he stops conversing with her.

A turn of events changes his life after a state tournament, where he learns of a rural girl named Bhagyalakshmi (Krisha Kurup) and her sprinting potential. He approaches her and offers to help her prepare for the national championships.

After several coaches refuse to take her under their wing owing to power dynamics in the sport and an old animosity with an association authority, Venkatram (Nasser), Kathir himself, coaches the girl. Does the girl conquer all obstacles to win the national title and does the amputee ex-athlete achieve his ambition through his protégé forms the rest of the plot.

With music maestro Ilaiyaraaja composing the background score , the film further finds an added asset making it an enjoyable watch for the audiences.