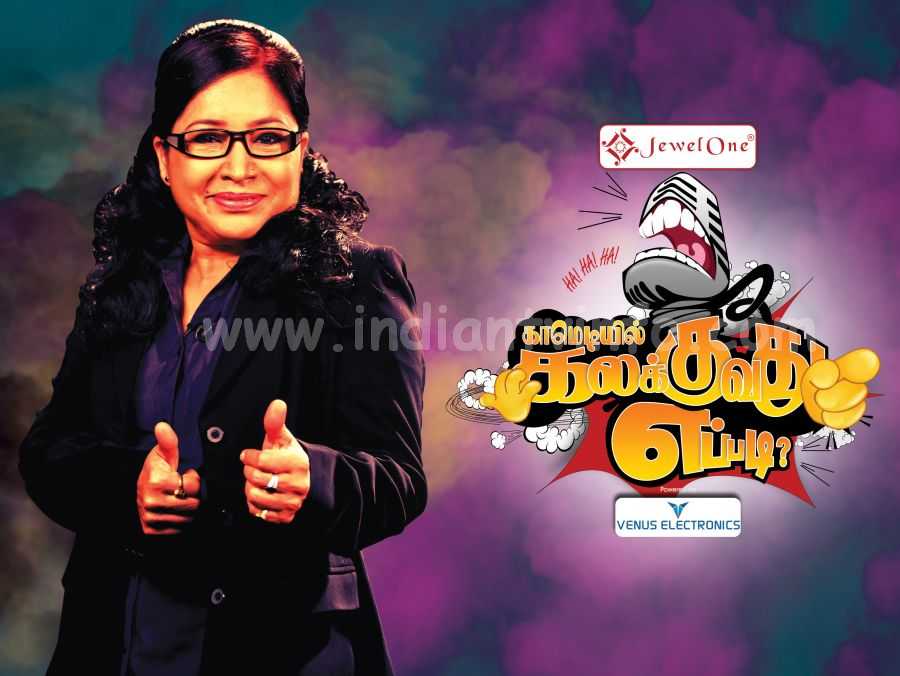 Vijay TV is no new for introducing good comedy shows for its viewers.  The pioneer of laughter riots have launched many comedy shows in the past including Lollu Sabha, Kalakkapovathu Yaru that are still remembered by everyone and were unique attempt by the Channel as it showcased innumerable talents in the field of comedy and humor to enjoy and relish.

Continuing its stride of success is the past Vijay TV is all set to launch an all new comedy show titled ‘Comedyil Kalakkuvathu Eppadi’ on 14 July 2013, airing Sundays at 12.30 pm.

‘Comedyil Kalakkuvathu Eppadi’ has a spring board for many talents from the television industry who are well known to the viewers. The show will be judged by none other than the hilarious actor Kovai Sarala and actor Livingston.

‘Comedyil Kalakkuvathu Eppadi’ is all about three teams reprising the best comedies of Tamil cinema, right from the golden black & while times to the recent ones, adapted to the current trends and styles.

Based on the team’s performance the comedy piece of the week will be awarded and finally one team will win the title.  There are many interesting rounds including character comedy, observational comedy, improvisational comedy, alternative comedy, topical comedy and so on.