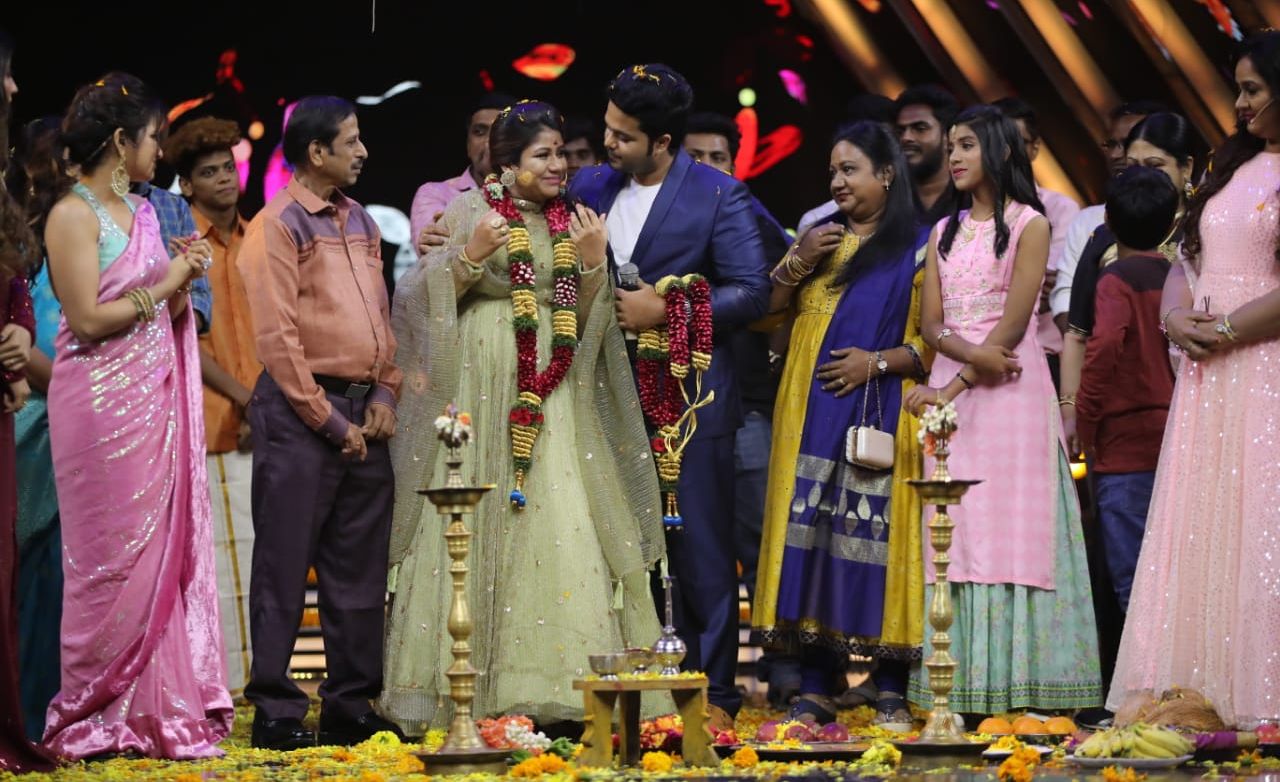 The most entertaining, stupendous dance show enters the final battle.Most prominent face of Tamil film industry actor RADHA will be the special guest for the grand finale.DD and Sandy Master to perform a ‘gana’ song.Rio, Andrew and Sunitha to perform a special dance.Robo Shankar a special guest for the show gave a stunning mimicry performance.Mookuthi Murugan the talent of super singer to perform a special song along with Thamizhan Gramiya Kuzhu.Alya Manasa’s baby shower and lot more surprise are waiting in the grand finale.

Dancing super started off with 48 teams. Each week six teams will battle against each other. After every performance audience and judges had given scores to the teams which was considered 50/50. Most exciting rounds like Hiphop, Solo, Group Formation, filmy special, classical, classical fusion, folk round etc were the various types of genre the teams were performing.

One of the most entertaining and energetic Anchors Rio Raj and Andrews who are known for their witty comments are all set to host the show.

SANDY – One of the popular Choreographers of the film industry who have worked with big names like Super star Rajikanth, Simbu, Jayam Ravi and many others. He was also one of the Captains of Kings of Dance Season 2 which was aired on Vijay TV.

Divyadarshini (DD) – She recently completed a Milestone of 20 Years in the field of Anchoring. She is the only one who served as the Host, Contestant, Team Leader of the popular Dance Reality Show Jodi.

Mahat – An energetic young Actor of Tamil Cinema who got even more popular after entering Bigg Boss season 2. Mahat was one of the judges of Jodi fun unlimited that was aired on Vijay TV. A Dance Lover himself he is sure to support the team.

Alia Manasa – An energetic Dance loving person who has a huge fan following and became the household name after her character Semba in Raja Rani serial on Vijay TV.

Sunitha – Winner of several Dance reality shows of North and South India. One of the best and versatile dancer Jodi No.1 on Vijay TV.