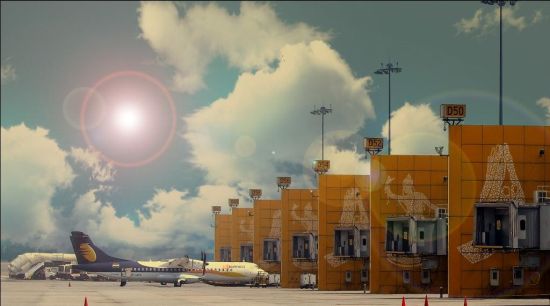 One of Asia’s largest, Terminal 3, is a symbol of India’s fast paced infrastructure growth and emerging economic status. With a capacity of 34 million passengers per year (mppa), it turned Indira Gandhi International Airport into South Asia’s most important aviation hub. A mammoth task completed in a record time of 37 months against the backdrop of a looming deadline to the Commonwealth Games 2010.

On February the 9th at 7 PM, get set to witness this incredible journey called ‘Megastructures: Delhi IGI Airport – Terminal 3’ on National Geographic Channel. A one-hour special documenting the construction of India’s largest post-independence building, spearheaded by the GMR group, the show will follow the emergence of this gigantic structure, from conception to realization.

Commenting on the challenges posed by the megaproject, Mr. I. Prabhakara Rao, CEO, Delhi International Airport (P) Limited said, “The task to provide India’s capital, a world-class international airport – was nothing short of daunting. 16 million domestic and international travelers were already flying through Delhi annually, and the milestone to be achieved was to provide for actual traffic of 36 million passengers in just over three years. There was much to be done and very little time. But we had some of the brightest minds from across the world, as well as extremely dedicated teams of workers, on our side to erect the megastructure that would change the landscape of Delhi NCR, as we knew it. We couldn’t be happier about Nat Geo joining us on this thrilling ride.”

Watch the transformation of a barren stretch of land into this spectacular Megastructure in record time, on ‘Megastructures: Delhi IGI Airport – Terminal 3’ premiering on Sunday, 9th February at 7 PM only on National Geographic Channel.