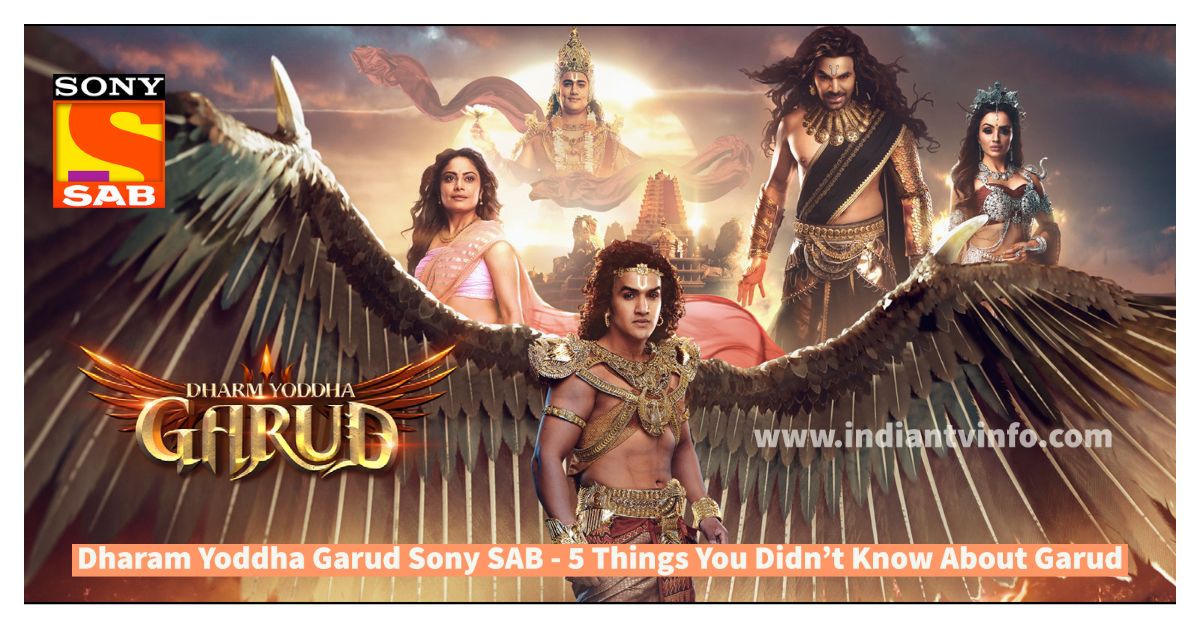 Sony SAB is all set to showcase grandeur in the world of television with its upcoming magnum opus Dharm Yoddha Garud. Capturing the tale of the almighty Garud (Faisal Khan), and the unconditional love between a mother and a son, Sony SAB brings us a mythological saga replete with never before seen or heard stories and characters that presented a vision on life anddharma with state-of-the-art production value and jaw dropping VFX.

5 Things You Didn’t Know About Garud

The Truest personification of strength and courage!

Indian mythology narrates Garud as the epitome of strength blessed with the sight of a hawk and wings so powerful that they could impact the turn of the universe. His dexterity, courage and wit left the gods and the demons both impressed and distressed.

The Mother-Son relationship which traverses through time – A bond so strong that it is almost telepathic in nature and needs no explanations! Being confined in the chains of slavery by her own sister, Kadru (Parul Chauhan), Vinta (Toral Rasputra) is bound to secrecy behind her ill-fated situation. but, Garud’s heart and soul belongs to his mother, which leads him to make it a personal mission to break her free from the confines of Kadru, the mother of snakes.

The exuberance and purpose of Garud’s life! – Garud who was born to the great sage Rishi Kashyap (Hrishikesh Pandey), the progenitor of all living creatures, and Vinta. After being disappointed in his kids, the asuras who were busy scheming against the Gods and the Gods who has shifted from their sole purpose and driven by power, Rishi Kashyap prayed to Lord Brahma for the perfect son which gave rise to Garud, the King of Birds, who dedicated his entire existence to acts of selflessness, honesty, obedience, and bravery, making him the ‘Dharm Yoddha Garud’ in true sense.