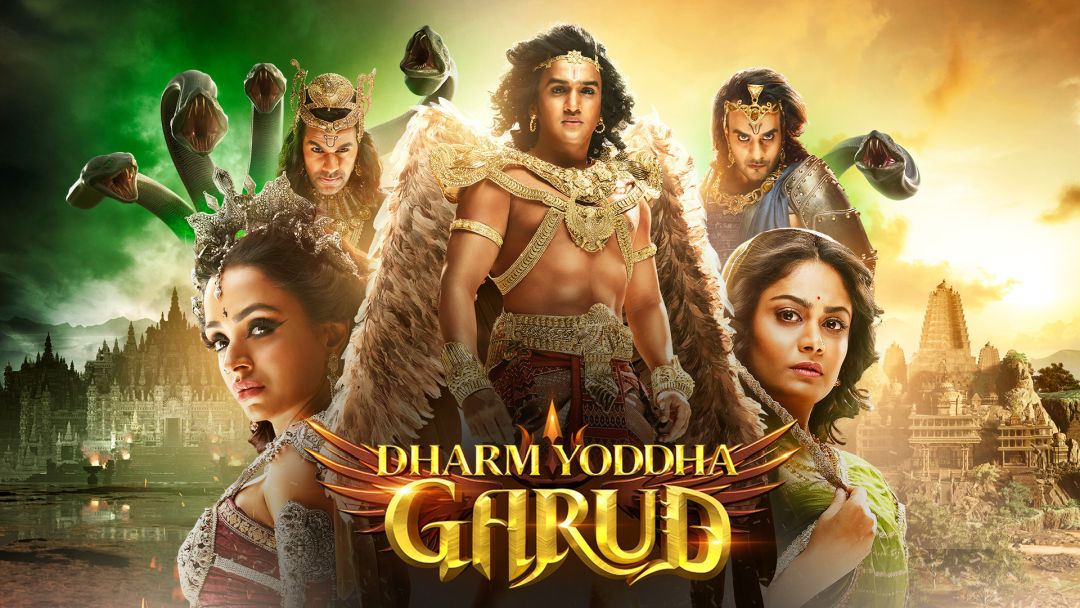 The show revolves around a mighty warrior striving to rescue his mother from the slavery of her evil sister while fighting for the greater good. The mythological show became a fan favourite because of its intriguing story and magnificent graphics.

Having showcased the untold story of Garud, the show is close to culmination, leaving the viewers eagerly awaiting the final episode. After a successful run, the last episode of the show will air on 10th December 2022 at 7:30 pm with Dharm Yoddha Garud Last Episode.

The show Dharm Yoddha Garud stars Faisal Khan, Toral Rasputra and Parul Chauhan in the lead and is produced by Contiloe Entertainment. The story captured various instances from the well-known mythological extravaganzas like the fight between Mahisasur and Katyayani, the story about Sati and Mahadev and their unrequited love, and much more.

In the coming episodes, Garud progresses to become Narayan’s Vahan, and completes his journey from Naaglok to Vaikunth in Dharm Yoddha Garud .

In an emotional setup talking about the show ending soon, Faisal Khan, portraying the role of Garud: “This show has been an integral part of my journey as an actor and has taught me a lot about mythology and the power of love and forgiveness.

While it was sometimes challenging to shoot long hours in the heavy costumes and make-up, I enjoyed working on the show as it taught me to be selfless, honest, and obedient just like Garud. It has been a fun journey with my co-actors off-screen, and our bond is incredible. I would like to thank our audiences for the love they have bestowed upon us and the show, and I shall definitely miss this feeling.”

Toral Rasputra portraying the role of Vinta:”I had absolutely fallen in love with my role. It has been an honor to be a part of this amazing storyline with a compelling plot. The show helped me extend my knowledge of mythology, making me curious about the goddess’ existence and anxious to visit the set day after day.

I feel happy that the audience appreciated my performance and I have been equally happy to portray a compassionate and affectionate character in Dharm Yoddha Garud . I would like to thank my fans for giving me and my character so much of love”

Recalls her days: “Playing Kadru has left an indelible mark on my heart. I am grateful that the producers trusted me and allowed me to improvise and create my own look. I am also thankful to the audience for showering immense love and affection for our show and the characters. Also, thanking the co-stars for making me feel at home whenever I was on the set”.