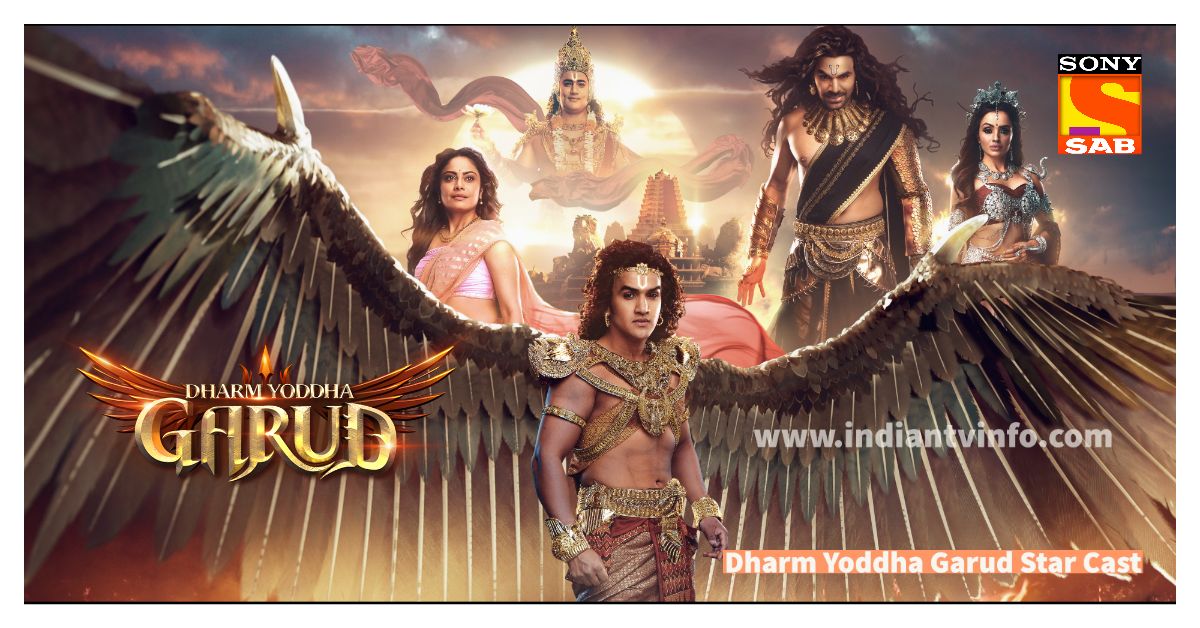 Every Monday to Saturday at 07:00 PM is the Telecast Time of Dharm Yoddha Garud

Faisal Khan as Garud, Toral Rasputra as Vinta (Garud’s Mother), Hrishikesh Pandey as Rishi Kashyap (Garud’s Father), Parul Chauhan as Kadru, Ankit Raaj as Kaalia, Angad Hasija as Takshak, Vishal Karwal as Lord Vishnu are in the Star Cast of Sony SAB Serial Dharm Yoddha Garud . Dharm Yoddha Garud is a tale of the exchange of emotions between a mother and her beloved son. It is a classic story of how goodness finally reigns over evil.

The heart touching visuals are magnified using VFX, and special effects created by Illusion Reality Studioz. Direct from the archives, get ready to witness the untold chronicle of Dharm Yoddha Garud only on Sony SAB.

Faisal Khan is the Lead Actor of Dharm Yoddha Garud, is the son of Rishi Kashyap and Vinta. Garud’s mother Vinta essayed by Toral Rasputra is the wife of Rishi Kashyap and sister of Kadru. Rishi Kashyap, portrayed by Hrishikesh Pandey is the progenitor of all living creatures including the Devtas and Asuras. Rishi Kashyap’s presence can rattle the strongest, yet he is upset with how his children has turned out, thankless and driven by power. He has a vision for the world and his quest for the perfect son leads to the creation of Garud.

Garud is endowed with superpowers of a hawk like sharp vision, a beak and a tongue that can be used to devour enemies and wings that have the power to create a tornado. His hyper intelligence and dexterity leave the Gods and the demons both impressed and anxious.

Garud chose a life of selflessness and integrity in a time when the lure of power had consumed the Gods and the demons alike. His heart and soul belong to his mother Vinta, and even though he was a prey to a curse, he fought for his mother’s freedom which led to the start of one of the greatest sagas in Hindu mythology.