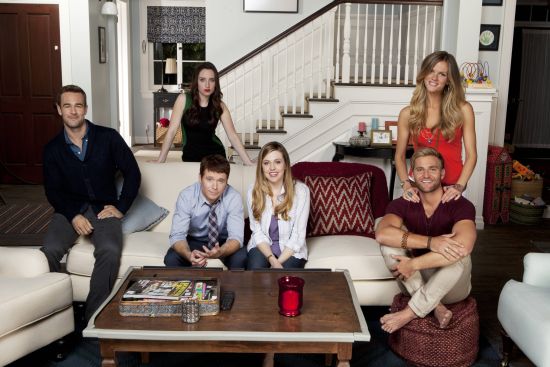 Romedy NOW, India’s exclusive English entertainment channel announces the launch of a hot new comedy series Friends with Better Lives (#FWBL) on Tuesday, April 1 at 11pm, hours after its highly-anticipated US world premiere. From Twentieth Century Fox Television Distribution, #FWBL is the successor to the iconic How I Met Your Mother, which is ending its hugely successful nine-year run on US network, CBS in March.

Friends with Better Lives is a romantic comedy about six friends at different stages in their lives – married, divorced, newly engaged and single – who are outwardly happy, but secretly questioning if their friends have it better. Andi and Bobby are happily married with a toddler and another baby on the way, but at times long for the days when they had less responsibility and more fun; Will is newly single and preaching the bachelor lifestyle, but still pining for his ex-wife; Jules and Lowell are high on their passionate new relationship; and Kate has a successful career but may have a breakdown when she finds out her last remaining single friend, Jules, just got engaged. When it comes to relationships, these six friends are finding it a challenge to look at each other without wondering… who really has the better life?

This will be the fourth successful series launch on Romedy NOW, joining Witches of East End, Kitchen Confidential and Ally McBeal, which all launched in January of this year.

Get set for the most awaited TV series – Friends with Better Lives, for the first time on Indian Television only on Romedy NOW!