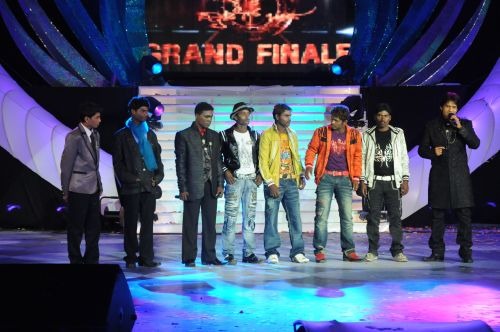 Over the last three months “Halli Haida Pyatege Bandha” has emerged as a favourite programme among the viewers.  This reality show is a new experiment on the small screen in South India. Eight tribal youths were brought into the city and were introduced to the city life along with eight city girls.

The reality show has appealed to the masses. The innocent, unpolluted minds of the tribal youth have been depicted and their exposure to city life has been candidly shown on the small screen.

Well-known actress Radhika Pandit is the anchor and moderator of this show. Actor and dancer Akul Balaji is the coordinator for this programme.

“This programme is born out of our intention to provide novel entertainment programme and accordingly is has been well-appreciated by the audience”, says Suvarna TV Business Head Anoop Chandrashekhar.

“The main aim of the programme was not merely to introduce the rural youth to city life, but also bring them face-to-face with persons who have been brought up and grown with two different cultures”, says Raghavendre, Non-Fiction Head of Suvarna Channel.

The grand finale of “Halli Haida Pyatega Bandha” will be telecasted on Suvarna channel on October 31 at 9 am and the marathon programme will run non-stop for 14 hours.