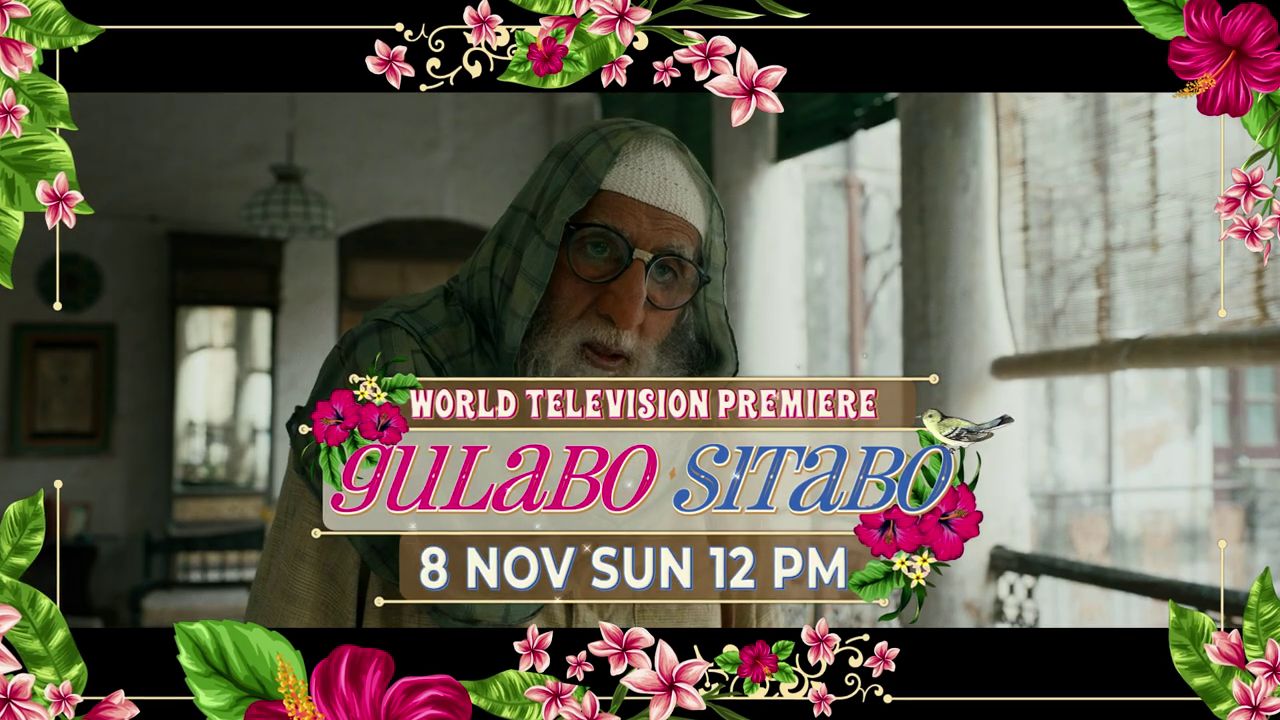 Watch the Premiere of Gulabo Sitabo Movie On Sony Max

Get ready for a roller-coaster ride filled with humour, drama and non-stop entertainment as Sony MAX brings to you the World Television Premiere of 2020’s much appreciated satire, dramedy Gulabo Sitabo on 8th November at 12 PM. Starring veteran actor Amitabh Bachchan alongside the versatile Ayushmann Khurrana, Gulabo Sitabo is a quirky tale of a landlord and his tenant who are constantly at odds with each other. A Rising Sun Films production, Gulabo Sitabo is directed by Shoojit Sircar, written by Juhi Chaturvedi and produced by Ronnie Lahiri and Sheel Kumar.

Gulabo Sitabo, set in Lucknow, revolves around the battle of ownership of a dilapidated mansion owned by Mirza, played by Amitabh Bachchan and Baankey, an impoverished tenant, played by Ayushmann Khurrana. Both of them are always at loggerheads with each other, fighting for the payment of the rent. Surprising the audiences with an unexpected twist, the film teaches a beautiful lesson towards the end. The film also see some versatile supporting cast including Farukh Jeffer, Shrishti Shrivastava, Vijay Raaz, Tina Bhatia, Brijendra Kala and Poornima Sharma.

Gulabo Sitabo offers much more than the fun nok-jhok between Mirza and Baankey as it promises to enchant viewers with its powerful screenplay and cinematography. The film will take the audience to Lucknow’s old-world charm –its decaying but beautiful mansions, tuk-tuks and cycle rickshaws running across the narrow lanes of the city. Through the movie camera, beautifully managed by Abhik Mukhopadhyay talks to the audience as it takes glides through the Nawabi city, ‘Muskuraiye Ki aap Lucknow Mein Hain’.