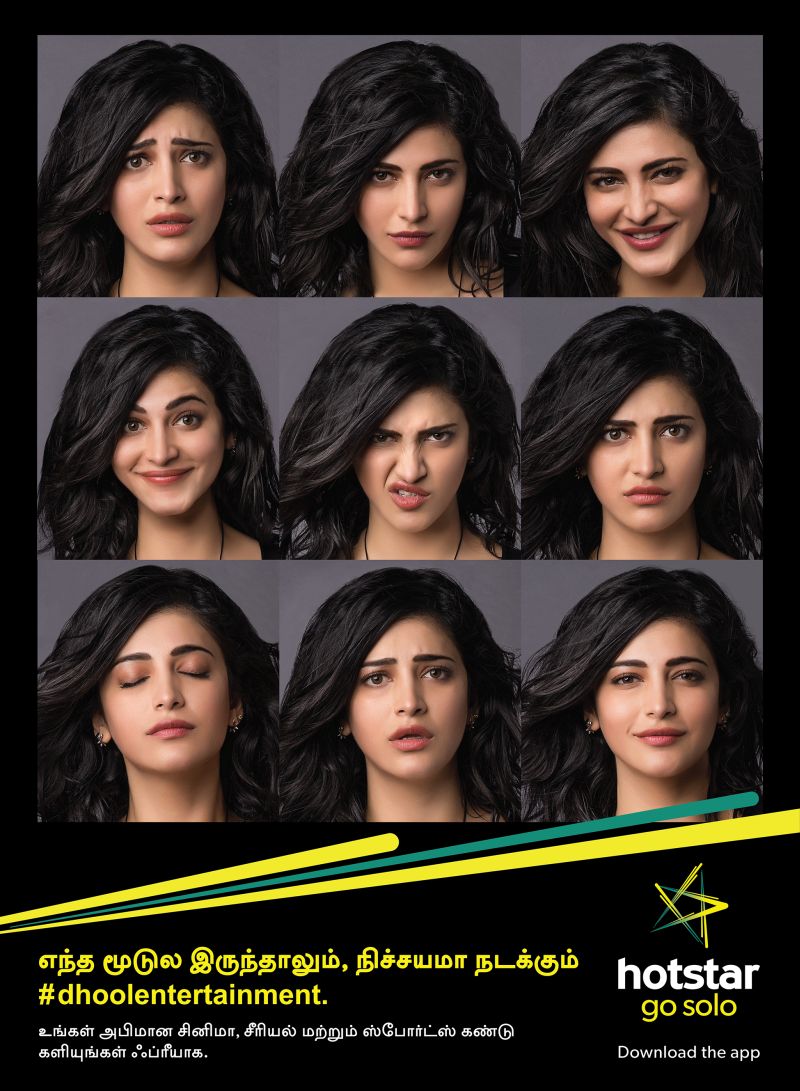 Hotstar unveils an exciting lineup of Tamil movies and shows, all for free. India’s largest premium streaming platform, Hotstar, which provides over 85,000 hours of world-class entertainment content in 8 languages in India, is now reaching out to connect with its strong regional language audiences in Tamil Nadu. Hotstar, which offers more than 5600 hours of Tamil content including a large collection of the latest and classic Tamil movies, and popular TV shows, has also announced the uber cool, young rock star of Tamil cinema – Shruti Haasan, as its new brand ambassador.

Hotstar features over 95 Tamil films and more than 60 TV shows in the language. Some of the popular Tamil feature films available on the platform are Thoongaa Vanam, 10 endrathukulla, Maari, Vasuvum Saravananum Onna Padichavanga and Kaaka Muttai. Popular TV shows include Kalyanam Mudhal Kaadhal Varai, Kalakka Povadhu Yaaru season 5, Saravanan Meenatchi and Seedhayin Raaman.Hotstar has established itself as the primary screen for young India.

We are the only platform that showcases and curates the best of Tamil movies and TV shows, all for free to our users. We are delighted to extend our offerings to the Tamil entertainment loving audiences, not only in India, but also across the world.” The launch will be followed by a six-week multi-media campaign featuring the young and bubbly Shruti Haasan across TV, print, outdoor and digital.

Launched in February 2015, Hotstar saw the fastest launch of any new service anywhere in the world and over the last 15 months, has been downloaded more than 65 million times. It is the only premium streaming platform in the country that brings together TV shows, movies and live sports in the country for free. Hotstar has also emerged as the medium of choice for marketers and agencies across sectors.