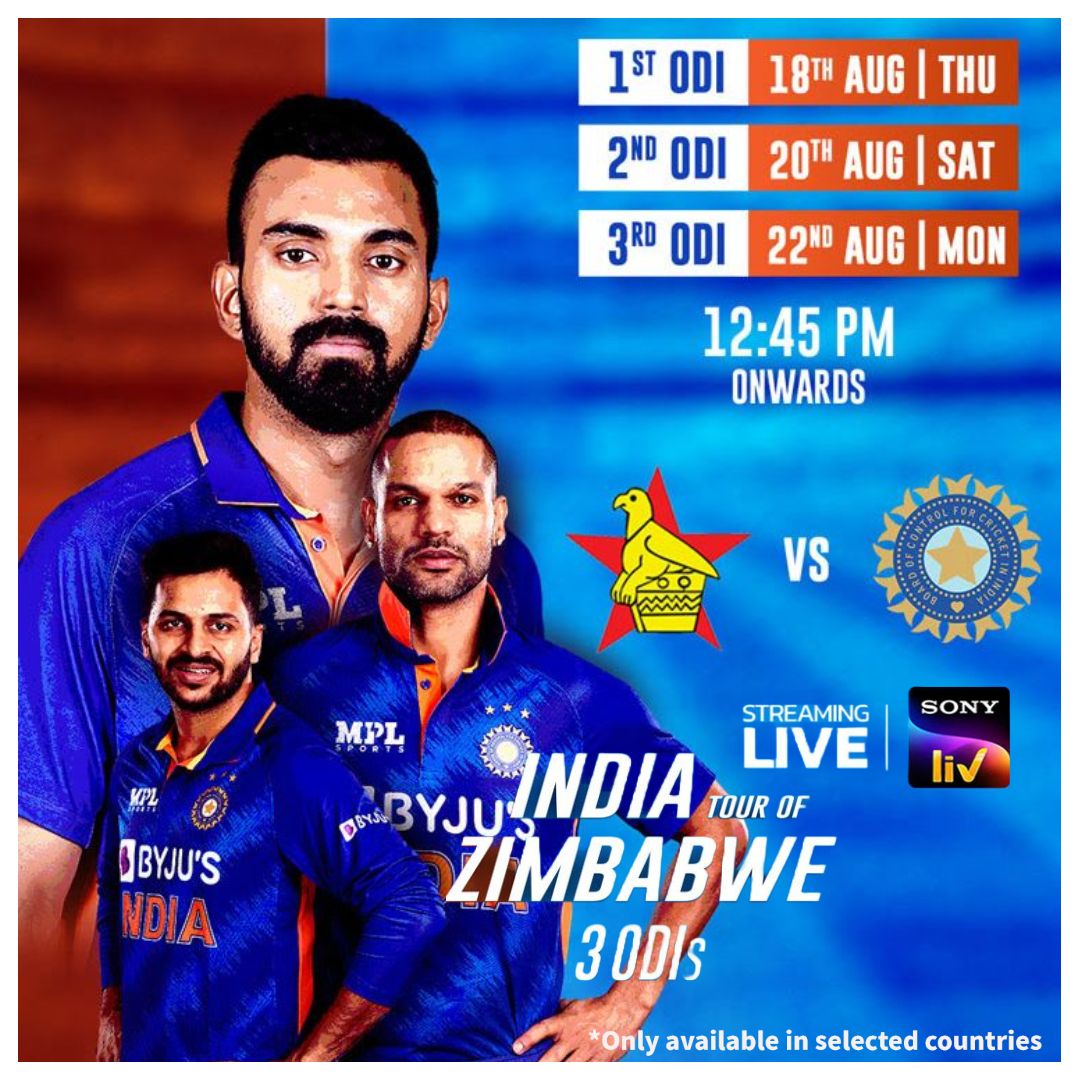 Sony Sports Network has rolled out an extensive broadcast plan for the upcoming India tour of Zimbabwe 2022. The three-match ODI series which will see a young Indian team touring Zimbabwe after years will kickstart on 18th August 2022. All the matches of the high-octane series will be telecasted LIVE on SONY SIX (English), SONY TEN 3 (Hindi), and SONY TEN 4 (Tamil & Telugu) channels as well as live-streamed on its on-demand OTT platform SonyLIV.

Link to the Campaign Film

Capturing the excitement around the series, Sony Sports Network has launched the Experience Tod Phod Cricket campaign. The campaign celebrates the return of our Men in Blue to Zimbabwe after years and anticipates fireworks on the pitch with top-class cricket and entertainment from the young brigade.

India Tour of Zimbabwe led by KL Rahul along with Shikhar Dhawan, Ruturaj Gaikwad, Deepak Hooda, and Avesh Khan representing the nation. On the other hand, Zimbabwe will rely on their new captain Regis Chakabva along with Sikandar Raza, Ryan Burl, and Wesley Madhevere to make a mark against Team India.