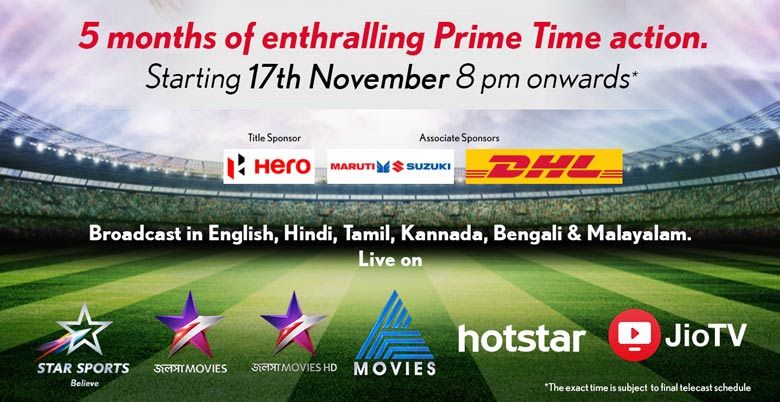 Star sports channels will cover the isl matches with hindi and english commentary. High definition coverage will be available through star sports hd, we have updated complete match schedule here.

Asianet Movies in Kerala with Malayalam Commentary – Kerala having large number of football fans, their home team kerala blasters getting tremendous support from fans. The channel already started promos of 2017 indian super league. Hotstar and jio tv are the other sources, these are the official streaming sources of isl 2017. if you are missing isl in television can check hotstar or jio tv app.