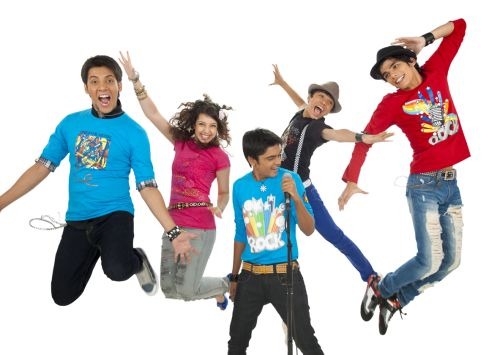 With an all new story line and 12 brand new original tracks, viewers can expect the unexpected as India’s favorite musical gang travels the road to fame and is also seen at boot camps and boarding schools! Growing up has never been this much fun, exciting, vibrant and this musical.

Commenting on the upcoming season 2 of Ishaan, Shah Rukh Khan said, “I am delighted to see how popular our show Ishaan has grown to be with kids and families. My family and I have always enjoyed the wonderful stories and characters that Disney has created over the years. We are thrilled to be producing Season 2 of Ishaan and it promises to be even more entertaining and fun. I am looking forward to watching it with my family!”

Shah Rukh and Gauri Khan’s production house, Red Chillies will produce the show and the popular and talented star cast from season one will reprise their roles — Tapasvi Mehta as Ishaan, Anisa as Shyla, Nakul Sahdev as Kabir, Rohan Shah as Mandy, Ayaz Ahmed as Pulkit. And as the superstar “Baby Shasha”, Ishaan 2 will also feature Aditi Bhatia. Other cast includes well known television personalities Shruti Ulfat, Rajinder Mehra and Mohun Kapur. The music directors are Dhruv Ghanekar and R. Anandh. “ISHAAN” was created by well-known writer Jaydeep Sarkar and season 2 is being directed by Anant Mahadevan.

As the first musical in the kids’ space to air on Indian television, Ishaan interweaves music, drama and humour to create a fresh and inspirational story. The first season of Ishaan received a fabulous response from kids and families alike and saw celebrity walk-ins from well known Bollywood personalities such as Arshad Warsi and Singer Shaan.

The season 1 finale recorded the highest TRP for a kids’ show in recent times. Ishaan’s fan following reached new heights with the launch of a fashionable Tee shirt range with Weekender available across India and an upcoming Ishaan music album. The show was nominated for “Best kid’s show” and “Best child actor (male)” category at Indiantelly awards 2010.