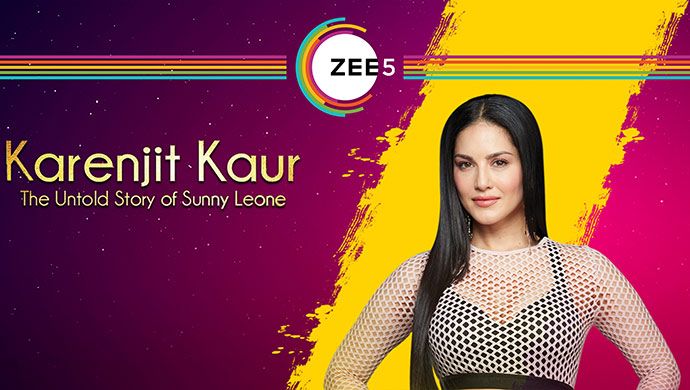 The wait for the much-awaited biopic of India’ss most googled person “ Sunny Leone “ ends right here on ZEE5, India’s largest and most comprehensive digital multilingual entertainment platform. Celebrating the mega success of the motion poster and trailer of Karenjit Kaur “ the untold story of Sunny Leone, Sunny’ss fans were in for a surprise as they were invited to see the first episode at a special screening hosted by Sunny herself.

A ZEE5 original, the series captures the journey of Sunny, born as Karenjit Kaur in a middle-class Sikh family, and her makeover from being an innocent girl to an adult film actress and eventually a Bollywood sensation. Right from her reasons of getting into the adult industry, choosing the name Sunny to owing meeting her husband to the industry itself, Karenjit tells her story on her terms, in her inimitable style “ one with no regrets.

Sunny, who has a huge fan following across the world, has become a trend-setter of sorts by effortlessly making her way from computer screens to dinner-table conversations in many a household, even in traditional and small-town India. And that’ss the journey ZEE5 aspires to bring to the masses. In fact, extensive research that we carried out across the country with Dragonfly & Ormax Media told us that the story of this phenomenal star has generated curiosity across the country with a clear inclination to understand it.

After bringing acclaimed series such as ZERO Kms and popular ones such as The Story, Life Sahi Hai 2 and Babbar ka Tabbar, ZEE5 gives viewers one more compelling reason to subscribe to the app. Karenjit Kaur “ the untold story of Sunny Leone is a bold step for ZEE5, filling the gap between reel life and real-life. The untold story of Sunny Leone premieres on July 16th on ZEE5 for you to watch. Given the app’ss multi-lingual experience, the series will be available in Bengali, Tamil, Telugu and Marathi languages.