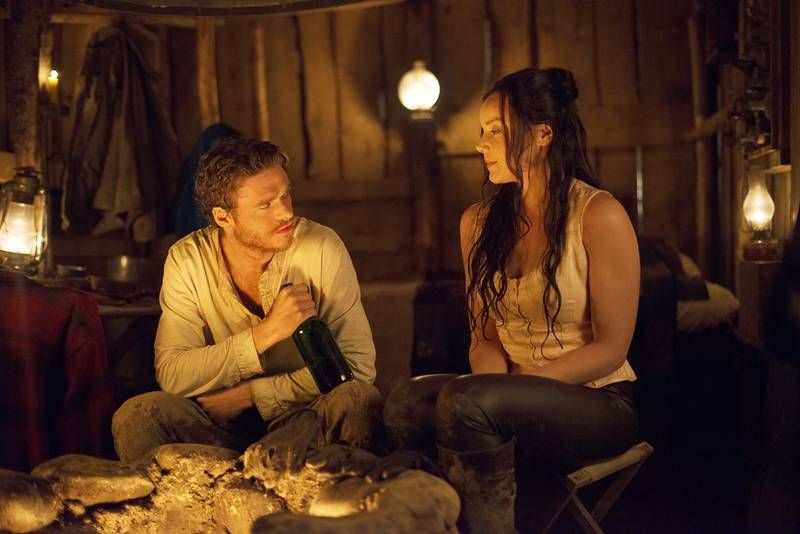 Discovery Channel presents its first scripted series KLONDIKE, which focuses on the Klondike gold rush in the 1890s and is based on Charlotte Gray’s book Gold Diggers: Striking It Rich in the Klondike.

Featuring an all-star cast including Richard Madden (King of the North Robb Stark on Game of Thrones, A Promise), Abbie Cornish (RoboCop, Limitless), Tim Roth (Pulp Fiction, Reservoir Dogs) and Sam Shepard (August: Osage County, Out Of The Furnace), KLONDIKE tells the powerful story of the last great Gold Rush in our history. This epic six hour series will air from June 23 to 28, every night at 10 PM.

Based on Charlotte Gray’s book “Gold Diggers: Striking It Rich in the Klondike,” the six-part period drama brings to life the tale of seven strangers and their collective fight for survival and wealth in a small, frontier town in the remote Klondike. The journey begins in 1897 when two childhood best friends, Bill (Madden) and Epstein (Augustus Prew) make the perilous journey through the North American wilderness to Klondike boom town Dawson City, “The Paris of the North,” where neither law nor order prevailed. In the untamed Yukon Territory during a period of outrageous lawlessness – murder, revenge, riches, violence and redemption awaited these two young, ambitious men who made the arduous, back-breaking journey to Dawson City.

KLONDIKE is a man-versus-nature tale that places the characters in a land full of undiscovered wealth, but ravaged by harsh conditions, unpredictable weather and deceptive, dangerous individuals fueled by desperateness – including greedy businessmen, seductive courtesans and native tribes witnessing the destruction of their people and land by opportunistic entrepreneurs.

Even danger and death could not stand in the way between the gold diggers and their opportunity to hit pay dirt. Starting June 23, KLONDIKE, airs Monday to Saturday at 10 PM, only on Discovery Channel.