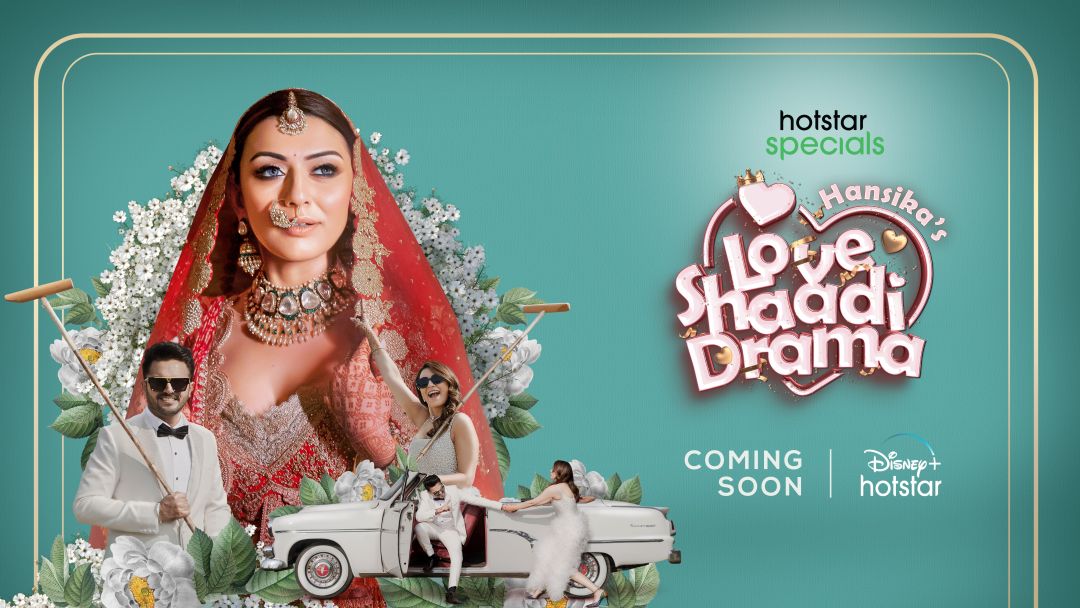 One of Indian cinema’s most popular actresses, Hansika Motwani, broke a lot of hearts when she chose to wed her friend Sohael Khaturiya on December 4th last year at Jaipur’s Mundota Fort and Palace. Hansika and Sohael Khaturiya’s wedding was a grand affair that made headlines across the country. Now, for the first time ever, fans will get a glimpse of the celebrations as Disney+ Hotstar brings to you the festivities, drama, and excitement as it happened behind the scenes, leading up to the dream day.

Hotstar Special show ‘Hansika’s Love Shaadi Drama’ will showcase everything that happened from the time the actress announced her decision to tie the knot with Sohael, as an army of wedding planners, designers and the families race against time to pull off a fairy tale wedding in just six weeks, that was truly spectacular in every sense of the word. Hansika and her family also address the scandal that surfaced prior to her wedding, which threatened to derail her dream day.

Disney+ Hotstar along with Hansika have revealed the first look of the Hotstar Specials show Love Shaadi Drama with the release date slated to be announced very soon.The ‘Koi…Mil Gaya’ and ‘Shaka Laka Boom Boom’ actress began her career as a successful child actor in Hindi films and later went on to appear as the lead in commercial hits across Hindi, Tamil, Telugu and Malayalam movies, earning accolades for her performance.

Disney+ Hotstar (erstwhile Hotstar) is India’s leading streaming platform that has changed the way Indians watch their entertainment – from their favorite TV shows and movies to sporting extravaganzas. With the widest range of content in India, Disney+ Hotstar offers more than 100,000 hours of TV Shows and Movies in 8 languages and coverage of every major global sporting event.