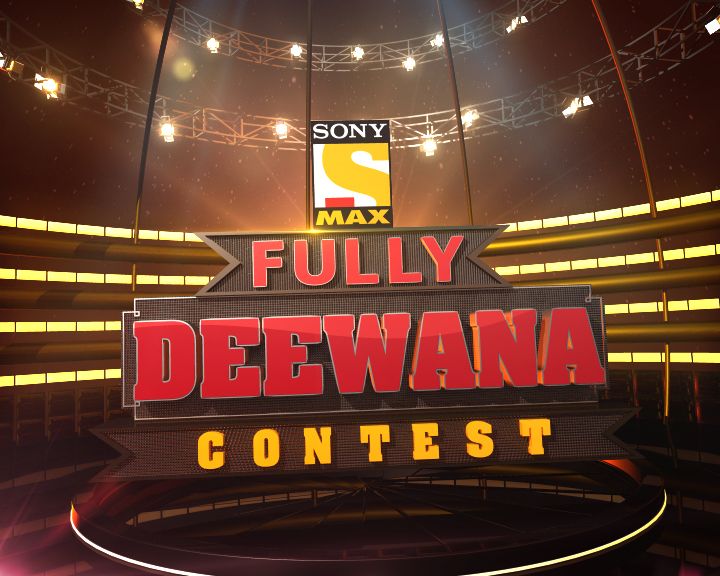 The comedy duo to host a contest with a funny take on famous Bollywood movies and dialogues for MAX starting 9th Feb during the 9pm movie. Sony MAX, the premium Hindi movies and special events channel is all set to tickle the funny bone of its viewers with a unique Bollywood property called ‘MAX Fully Deewana contest’ hosted by the inimitable duo of Krushna Abhishek and Kiku Sharda.

This unique contest will showcase famous Bollywood movies and their well-known dialogues in the most humorous way. The on air contest is scheduled to air during the 9pm movie from the 9th to the 22nd of February. In this Bollywood-based contest the viewers will have to answer 3 simple questions which would enable them to win prizes. There will be 3 questions asked daily which viewers have to answer via a SMS. Four lucky winners will each win an L.E.D. television daily. The winners will be announced on the channel the following day. The hosts Krushna Abhishek and Kiku Sharda, will be asking these questions through a series of spoofs and gags to keep the viewer entertained.

On his association with the contest Kiku Sharda, said “Even though it is my first appearance on MAX, I’ve always been glued to the channel because I am a big film buff. When the opportunity came to work on this show with Krushna, I was very pleased. He is a fine comic actor and I think he has impeccable comic timing. We always have a blast when we work together and this will be no exception.”

When asked about his filmy side Krushna Abhishek jumps in and says “I have always been a Bollywood fan and there is a filmy Deewanapan and Deewangi in me right from childhood. I love to play different characters and the ‘MAX Fully Deewana Contest’ is a very good medium to showcase the same. I was really glad I would be doing this with Kiku. He is a phenomenal comic actor and I think we complement each other on our comic timing which I think is very important.“

Commenting on the initiative Vaishali Sharma, VP Marketing, Sony MAX says, “We are very happy to bring such an engaging and humorous contest for our audience. We always strive to innovatively entice the viewers who have been our utmost priority. Having fabulous and witty actors like Krushna and Kiku on board for this out of the box concept, I think the viewers will be thoroughly entertained.”