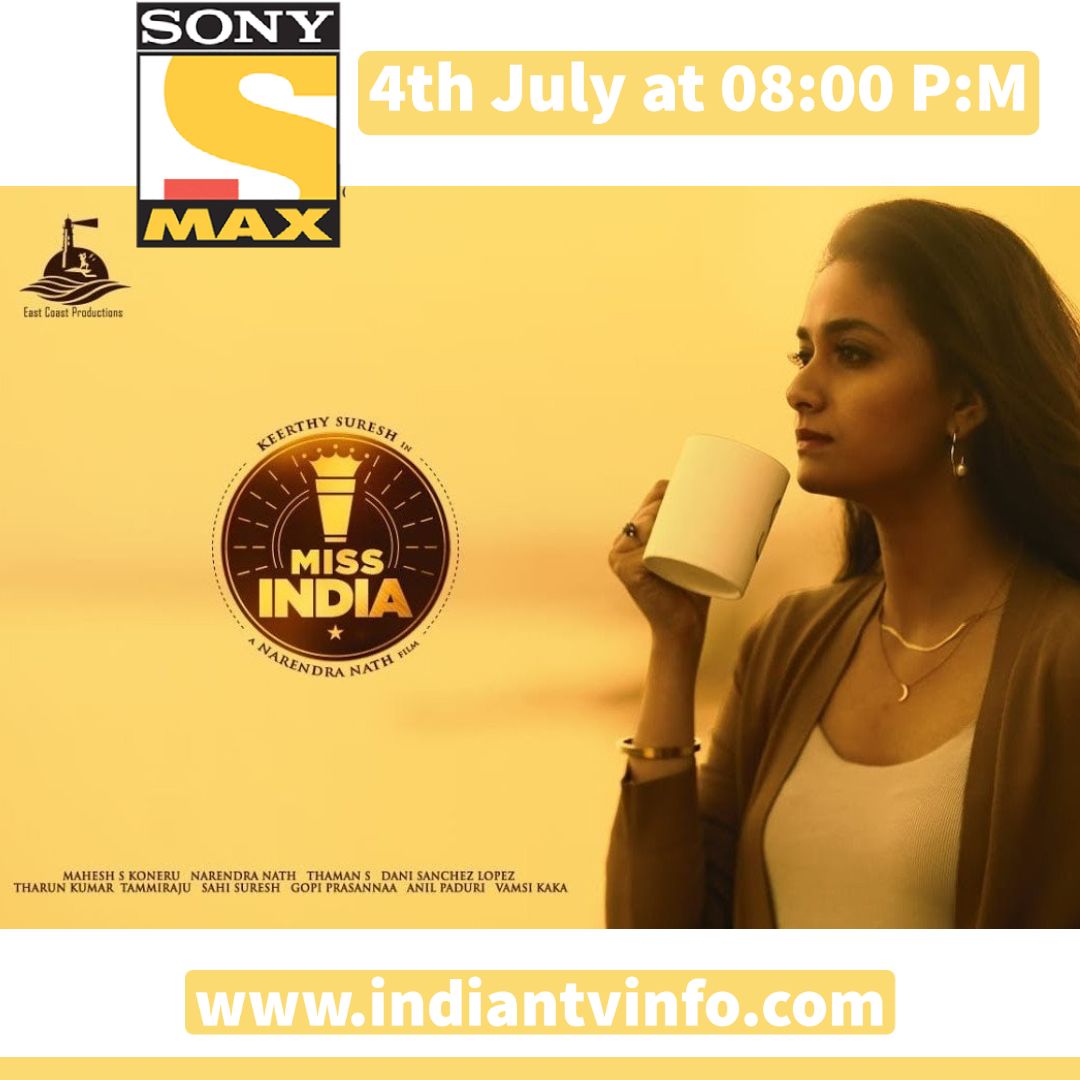 Keerthy Suresh is all set to take us on an inspiring journey of a self-made businesswoman with the World Television Premiere of Miss India on Sony MAX on 4th July at 8 PM. Directed by Narendra Nath, Miss India is a tale of a strong female entrepreneur who works her way up to set up her dream business in the US.

The interesting rags-to-riches story of Manasa Samyuktha (Played By Keerthy Suresh) aims to inspire women to beat all odds to emerge victorious in a male-dominated world. But, according to Manasa’s family, unfortunately, business is not a woman’s cup of tea. The movie perfectly encapsulates Manasa’s struggles and her eventual journey towards achieving her dreams.

Over the years, Keerthy Suresh has impressed us with her exquisite style and stupendous performances in many films, including the superhit Bhairavaa. In Miss India, fans will see her essaying the role of a strong female entrepreneur, making it a perfect treat for all the Keerthy Suresh fans out there!

Get your cup of tea ready to enjoy the World Television Premiere of Miss India on Sony MAX on 4th July at 8 P.M