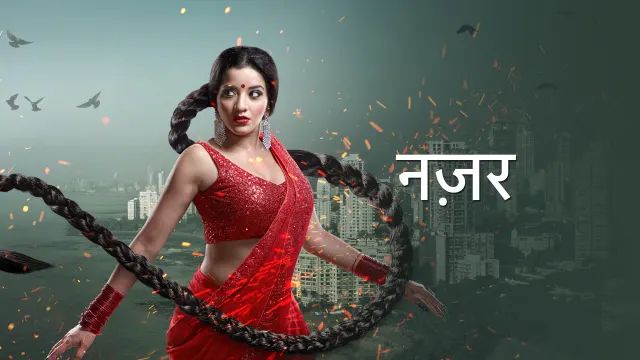 Watch Nazar Star Plus Serial every Monday to Friday at 11.00 PM

Launch date and telecast time of nazar star plus serial fixed, it’s premier episode airing on monday 30th july . from the makers of Kullfi Kumarr Bajewala, this time bringing a mystery subject to star plus viewers. promos of nazar hindi serial is showing through channel and social media pages of star plus. Qayamat Ki Raat is another supernatural series currently going through the channel. Antara Biswas, Smita Bansal, Niyati Fatnani, Harsh Rajput, Kapil Soni,Ishita Dhawan etc are in the star cast of #nazar. very monday to friday at 11.00 p.m is the telecast time of this tV series.

Nazar hindi tv serial on star plus is produced by Gul Khan and Karishma Jain under 4 Lions Films productions. as mentioned above it’s handling a horror subject, Antara Biswas playing the role of Daayan. The story of this serial telling about an evil Daayan, who worship the mother goddesses Kali and Durga. But as a devil, she was cursed by gods and captured into the human world. Antara Biswas is Known as Mona Lisa, it’s her stage name and playing the main role of Daayan. She was one of the Bigg Boss 10 contestant and Appeared in Nach Baliye Latest season

Telecast time and repeat telecast time of star plus show nazar – As mentioned above, it’s airing at 11.00 p.m every Monday to Friday and latest episodes can be watch through hotstar application.