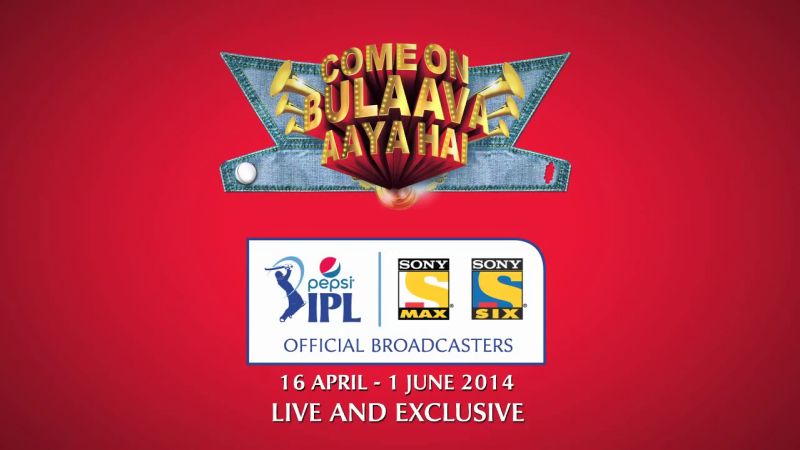 MAX & SIX, the official broadcasters of the Indian Premier League announced their new mega marketing campaign for the Pepsi IPL 2014 called ‘Come On, Bulaava Aaya Hai’. The campaign ‘Come On, Bulaava Aaya Hai’ is inspired from the fact that Pepsi IPL is the biggest cricketing extravaganza in the world. The word ‘Bulaava’ connotes the ‘calling’ with the main premise that the year’s most awaited and anticipated cricketing event has finally arrived and there is no way you would want to miss it.

The campaign kicks off with a series of four films set in diverse situations of different people’s life reaching a crescendo with three surprise films and culminating into a final Bulaava film. Be it a runaway bride drawn to the call of the IPL bugle, a son by the side of his ill mother or a priest struggling to free a woman possessed with a spirit, all films have the essence of the key nuance of IPL  ‘Bulaava’  prompting people to literally drop everything to watch Pepsi IPL.

Like always the marketing campaign jingle is one of the most awaited elements of this grand tournament. After the splendid response and adulation of last year’s jingle, Sony MAX has once again roped in the musical duo Vishal and Shekhar. Basing on the campaign theme the duo has come up with yet another catchy song. The jingle is sure to be a mega hit and is set to have the nation grooving to the tunes.

The entire campaign is the brainchild of the creative agency Havas Worldwide and has been directed & filmed by noted ad film director Rajesh Saathi of Keroscene Films.

Stretching across a 4 week period till the launch of the tournament, the Pepsi IPL 2014 campaign will have a complete 360 degree rollout across mass media. Starting with the campaign films on television, the communication will be seen by viewers across mediums like television, print, radio, digital, outdoor, on ground, mobile, BTL and out of home. The campaign can also be viewed on www.SonyLIV.com, the online home of Sony Entertainment Network.