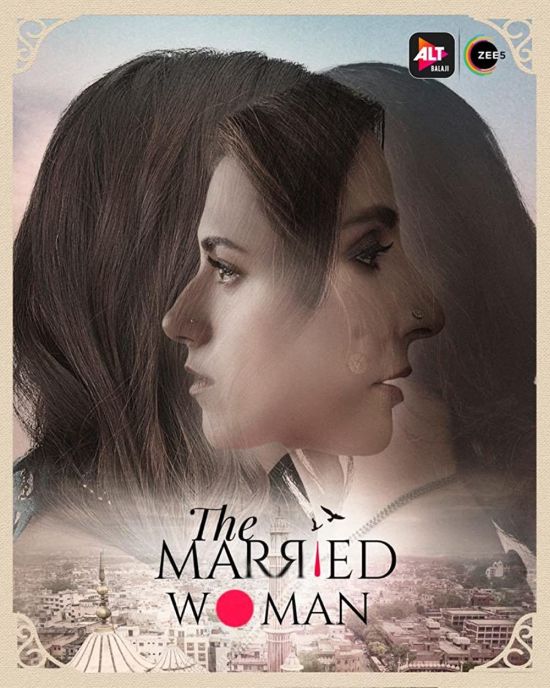 The Married Woman – ALTBalaji, Made in Heaven – Amazon Prime, His Storyy – ALTBalaji, Ajeeb Dastaans – Netflix, Four More shots! – Amazon Prime, here are 5 shows/movies that highlight LGBTQIA+ characters or stories which must be on your June weekend binge-watching lists.

The Married Woman was a series that broke new grounds in the Indian OTT space and showcased relationships beautifully. While the music of the series completely swept viewers off their feet, it was the maturity with which a beautiful and mature love story was displayed, that was the real winner. Monica Dogra and Ridhi Dogra’s chemistry as Peeplika and Astha was loved by all. Their chemistry was genuine, their love seemed so true and the challenges that they faced in their relationship, resonated with so many unsaid stories around the country. Viewers, who are waiting for the next season of this beautifully complex love story won’t be disheartened as the makers have promised a second season to Celebrate the Pride Month.

Made in Heaven – Amazon Prime

Made In Heaven, an Amazon Prime Video original show has captivated audiences since its debut, thanks to its multi-layered storyline and outstanding performances. The presentation offered many storylines of Indian society and big-fat Indian weddings. Made In Heaven, starring Sobhita Dhulipala, Arjun Mathur, Jim Sarabh, and Kalki Koechlin, is a show that explores gender fluidity and individual sexuality subtly. The show also addressed the daily difficulties and prejudices that the LGBTQ population encounters, Pride Month.

This is most likely the best coming-out series you’ll see in the Indian OTT in a long time. The maturity exhibited in many of the scenes astounds the viewers. With its tonal authenticity, deep insights and flawless metropolitan relationships, this series will startle you. In India, His Storyy is a game-changer for LGBTQ stories in Pride Month. It depicts the multi-layered characters, performed with spectacular conviction by a cast that knows what they’re doing, making difficult life decisions and sticking by them. For this, His Storyy must be seen at the earliest.

It’s refreshing to see LGBTQ dramas and series infiltrating the audience’s lives through everyday characters and narratives. From Neeraj Ghaywan’s Geeli Puchi, which explores caste and desire, to Shashank Khaitan’s Majnu, which explores the trappings of being homosexual and married for the sake of ‘keeping up’ appearances, this Netflix anthology covers a lot of ground celebrate Pride Month.

The first season of Four More Shots Please focused on the four friends, whilst the second focused on a lesbian romance. The series that aired on Amazon Prime Video was curated by Anu Menon and Nupur Asthana. The second season featured Umang, portrayed by Bani J, dating Samara, played by Lisa Ray. All of the complexities, passion and romance were well-represented on the screens. Sayani Gupta, Bani J, Kirti Kulhari, and Maanvi Gagroo are among the cast members of the series, enjoy Pride Month.