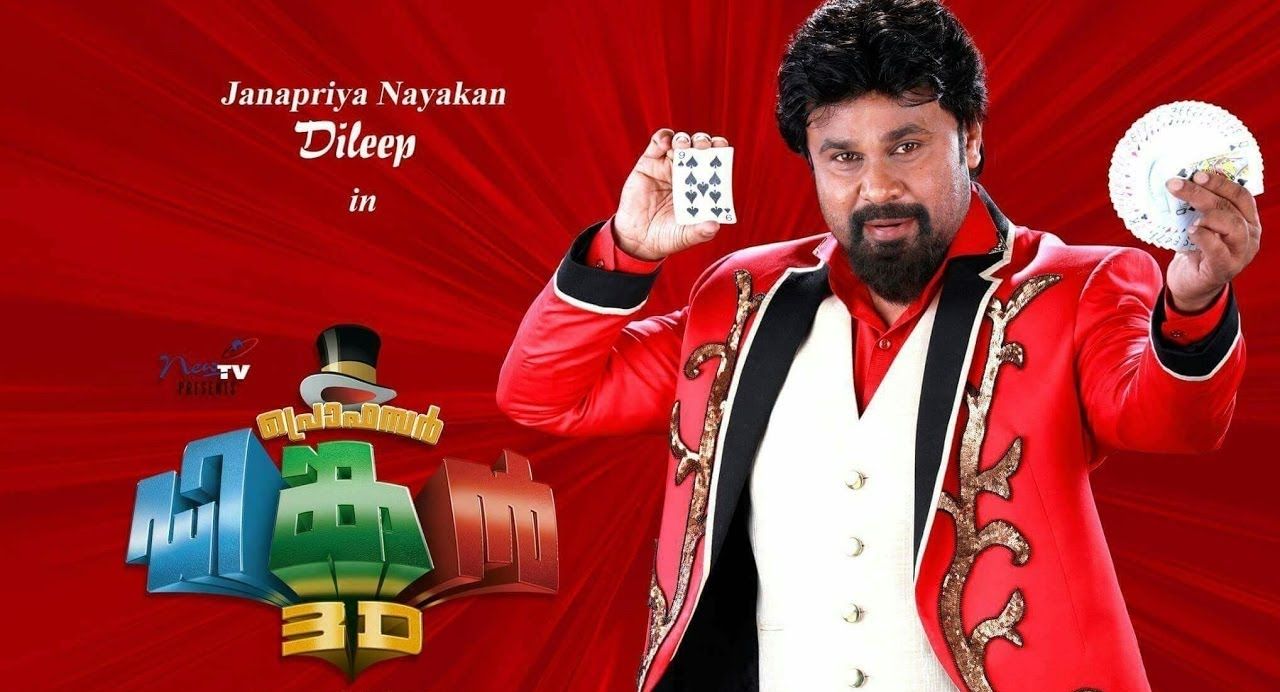 Upcoming channel zee malayalam bagged the satellite rights of Latest Dileep movie Professor Dinkan for record price. It’s scheduled to release during Christmas 2018 season, Directed by Ramachandra Babu. This malayalam fantasy comedy film is produced by Sanal Thottam under the banner of New TV. Popular director Rafi is writing the script, now he is also concentrating on acting. This will be the first super star movie in zee malayalam credit, they have already bagged some latest flicks. Launch date of zee malayalam is not finalized yet, but they are in the preparation to launch the channel as soon as possible.

Kammarasambhavam was the latest release of Dileep, it’s rights not sold to any channel. That movie did average business at box office,and flowers tv premiered. dileep playing the role of a magician in Pro. Dinkan. Ven Shankhu Pol , Persiakaran etc are some of the films produced by Sanal Thottam. The movie will be in 3D, this is the directorial debut of Ramachandra Babu. Namitha Pramod, Rafi, Aju Varghese, Suraj Venjaramoodu, Srinda Arhaan, Kailash, Kochu Preman, Appani Sarath etc are in star cast of Dinkan malayalam movie. Gopi Sunder is composing for this movie, popular technician working behind the scene.

My dear kuttichathan, pornnami ravil, magic magic , little super man etc , dracula etc are some of the 3D films released in malayalam. we will very update the launch date, availability, list of programs, schedule etc of zee network’s malayalam channel. They are in discussions to purchase more film rights.