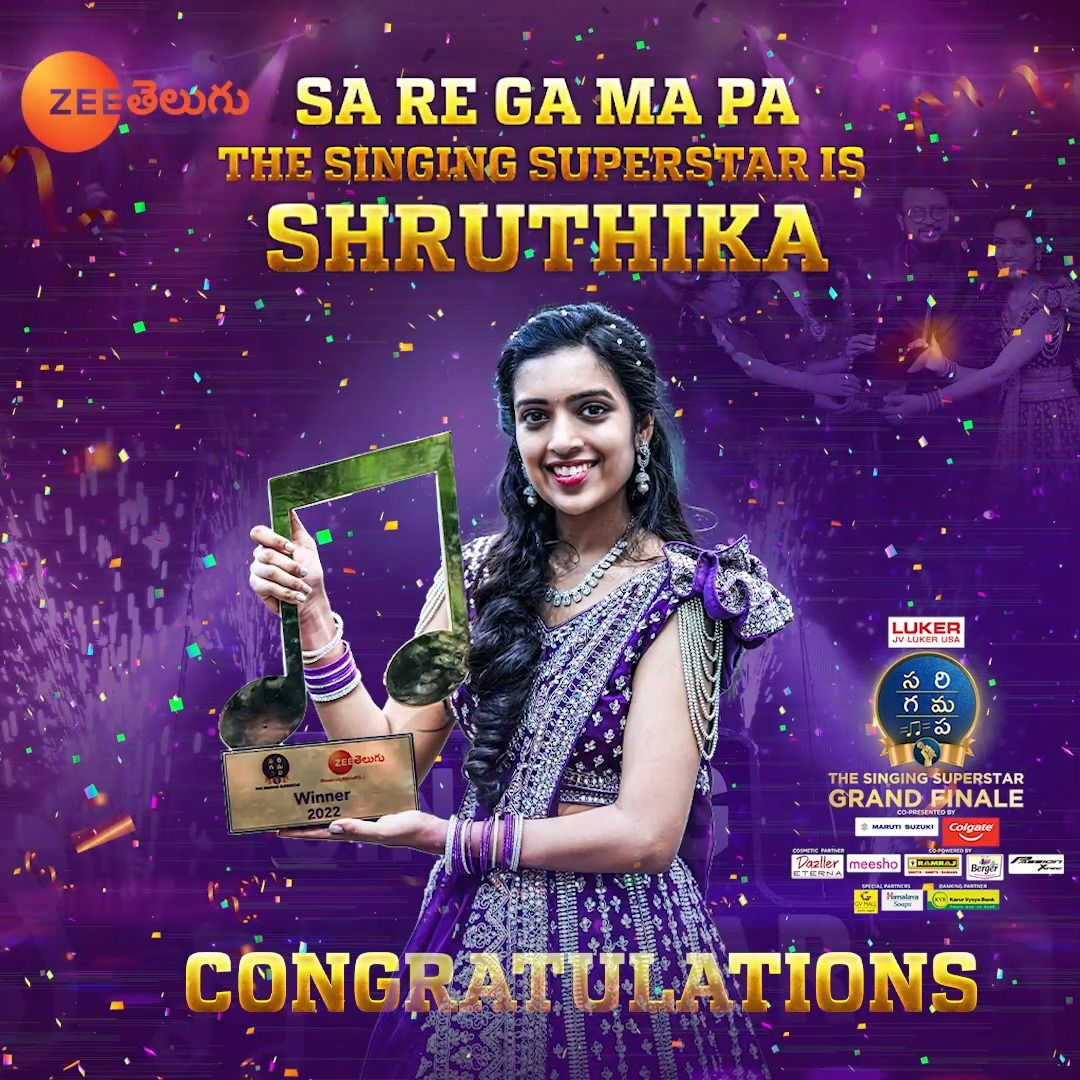 The mega episode of Zee Telugu Saregamapa Telugu Season 14 will also see P Susheela being felicitated for her invaluable contribution to the field of music. In fact, she will also take everyone on a trip down the memory lane and leave them emotional as she reminisces her musical stint with SP Balasubramanyam with whom she sung some of their all-time hits.

Win with the Winner

To make the Grand Finale even more appealing, Zee Telugu has announced a special contest – Sa Re Ga Ma Pa Win with the Winner – where the viewers just have to guess the winner and win an exciting prize! All you have to do is scan the QR code shown on the channel and its social media handles and guess the winner. The contest will be open till 13th August and the winner, who will be decided through a lucky draw and announced on 14th August, will get a mega prize.

Tune in to Zee Telugu on 14th August (Sunday) to witness the star-studded finale of Sa Re Ga Ma Pa from 11:00 AM onwards!.