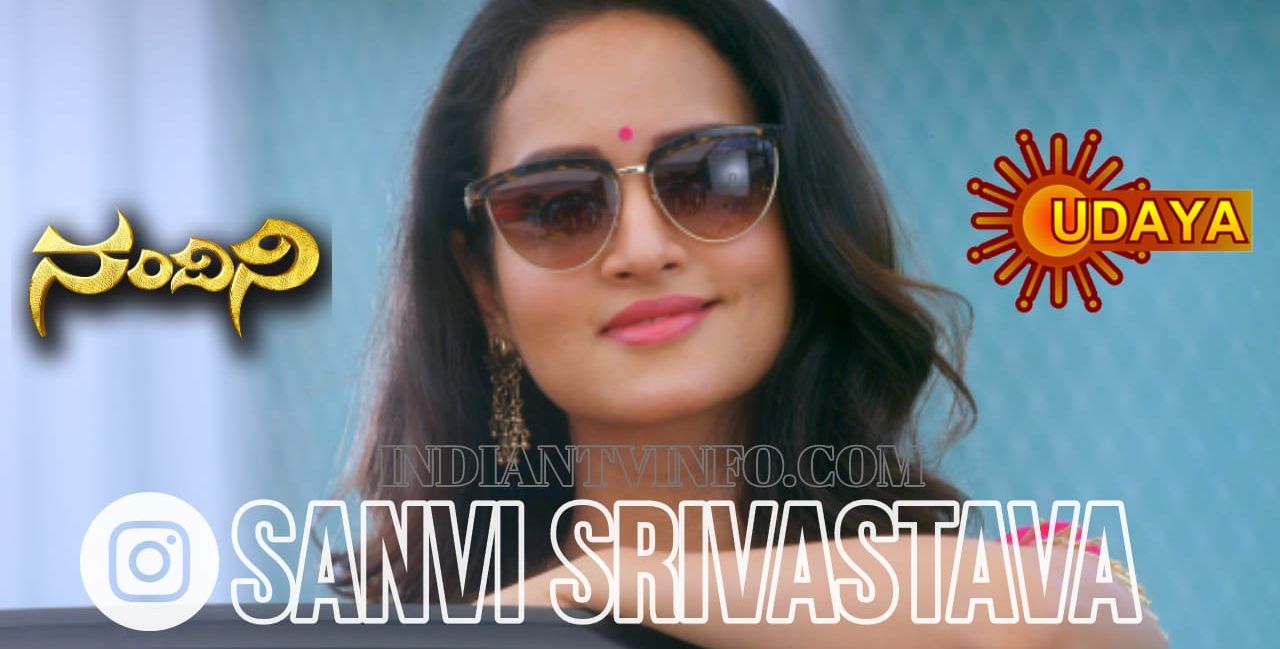 Fiction show Nandini on Udaya tv is pacing towards 700 episodes, but the vigor and entertainment looks new to this day. Popular actors, fast paced narration, high drama, stunning visuals have been the strong points of the show Nandini. In the coming episodes, Nandini is all set to mesmerize the viewers again.Heroine Janani is in love with hero Viraat and wants to get married to him.

But actually, she is getting ready to get engaged with Dr. Ram, one of the villains in the story. This confusion is created by Sharabha, another villain with magical powers. She happens to be the disciple of the main villain Ashtaavakra. Both Sharabha and Dr. Ram are planning to get hold of the nagamani which belongs to Janani. Shanvi Srivastava, The nagamani possesses magical powers by which one can become invincible.

To add to the twist, Janani herself doesn’t know that she is about to get engaged to Dr. Ram. Sharabha has been disguising as Janani and forwarding her love towards Dr. Ram. Now that love has moved towards engagement. Sharabha has also spoken and convinced Purushottam, Janani’s uncle regarding Janani’s relationship with Dr. Ram. Now, When Janani spoke about her marriage, Purushottam thinks that Janani is talking about Dr. Ram but whereas in reality, Janani means Viraat. Sharabha has created a confusion which is leading to a high drama in the coming episodes of Nandini.

To add some more twist to the story and to dazzle up the engagement, star of Kannada cinema Saanvi Srivastava is coming as a guest. Varanasi born Saanvi Srivastava entered Kannada cinema through the movie “Chandralekha”. She has been bagging good roles since then. She starred opposite to Yash in the movie “Masterpiece”. She showed her dancing skills in the super hit song “I can’t wait baby”.

In the story, Saanvi Srivastava is close to the family of Dr. Ram and is a special invitee. She is about to mesmerize the engagement event with her dance performances. Also, she is about to be a part of major turning point in the show. The viewers will also be thrilled to watch their favorite star Nitya Ram in a dual role in the coming special episodes starting 22nd July. With Saanvi Srivastava on stage and the high drama happening, the show is sure to captivate and thoroughly entertain the viewers.