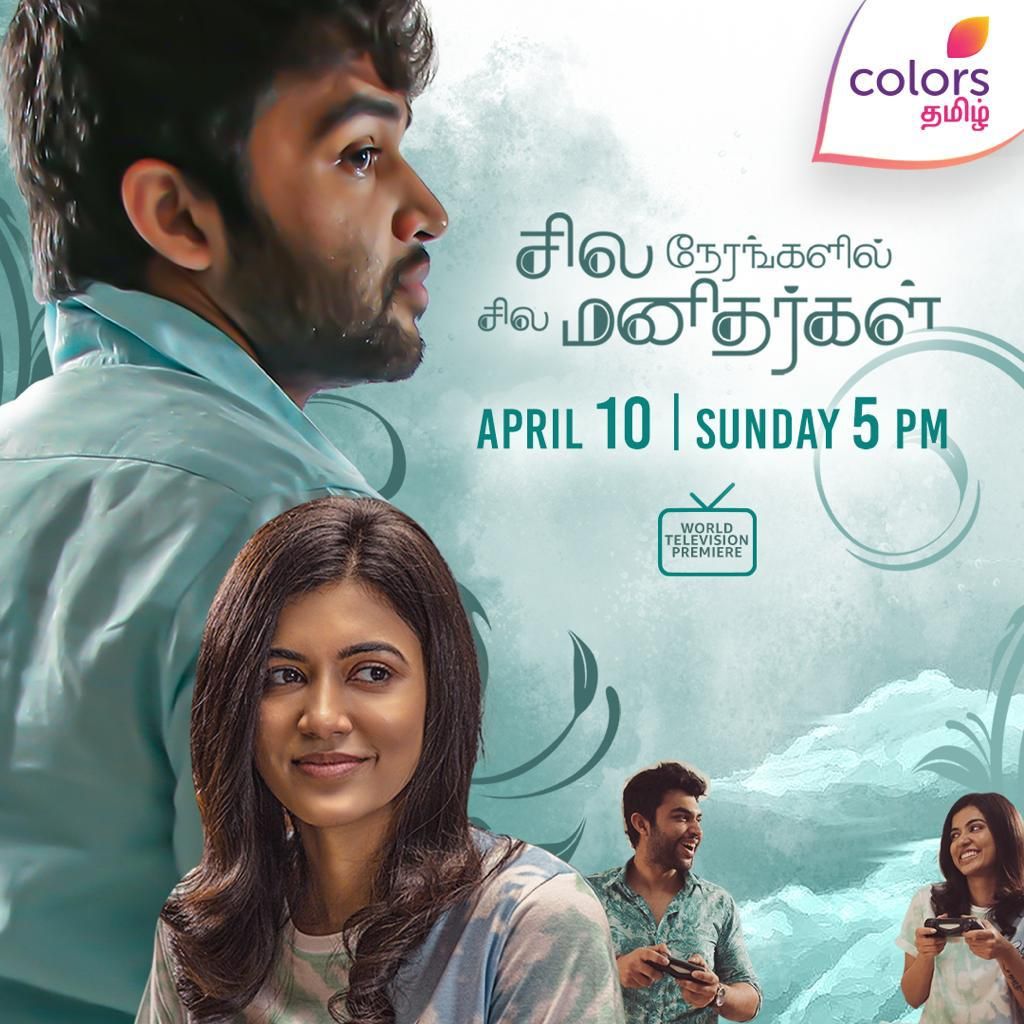 World Television Premiere of Latest Tamil Movie Sila Nerangalil Sila Manidhargal Scheduled, Sunday, 10th April at 5:00 PM on Colors Tamil Channel. Starring Ashok Selvan in the lead, with Nasser, K Manikandan, Abi Hassan, Anju Kurian, Reyya, KS Ravikumar, Riythvika, and Sivaraman in supporting roles, the film’s central narrative revolves around a tragic road accident that has an impact on the lives of four people from different walks of life focusing on emotions of remorse, regret, and realization that these characters experience. Tune into Colors Tamil, this Sunday, April 10th at 5:00 pm to delve into the complications that this incident brings into their lives.

Sila Nerangalil Sila Manidhargal Movie Directed by Debutant director Vishal Venkat, the hyperlink movie kicks off with the life of Vijaykumar, (played by Ashok Selvan) ,a compassionate individual with anger issues, and his father Selvaraj (played by Nasser). Vijay Kumar has a reputation of believing that his decisions are more important than that of others, where he refuses to take a day off at work for accompanying his father to distribute his wedding invitation. However, he has no clue that this decision will turn his life upside down and have a significant influence on the fate of many others.

The film also showcases the life of Pradheesh (played by Abi Hassan) an aspiring actor who has his debut speech going viral for all the wrong reasons and is mocked on social media. As Pradheesh gets involved in an accident, which nearly ends his career, the audiences also get a glimpse of a senior software engineer, Praveen (played by Praveen Raja) who wishes to return abroad. Parallely Sila Nerangalil Sila Manidhargal film features the life of a housekeeping supervisor Rajasekar (played by Manikandan) who is desperate for recognition at work. How these characters get tangled in a twist of fate, forms the crux of the story.