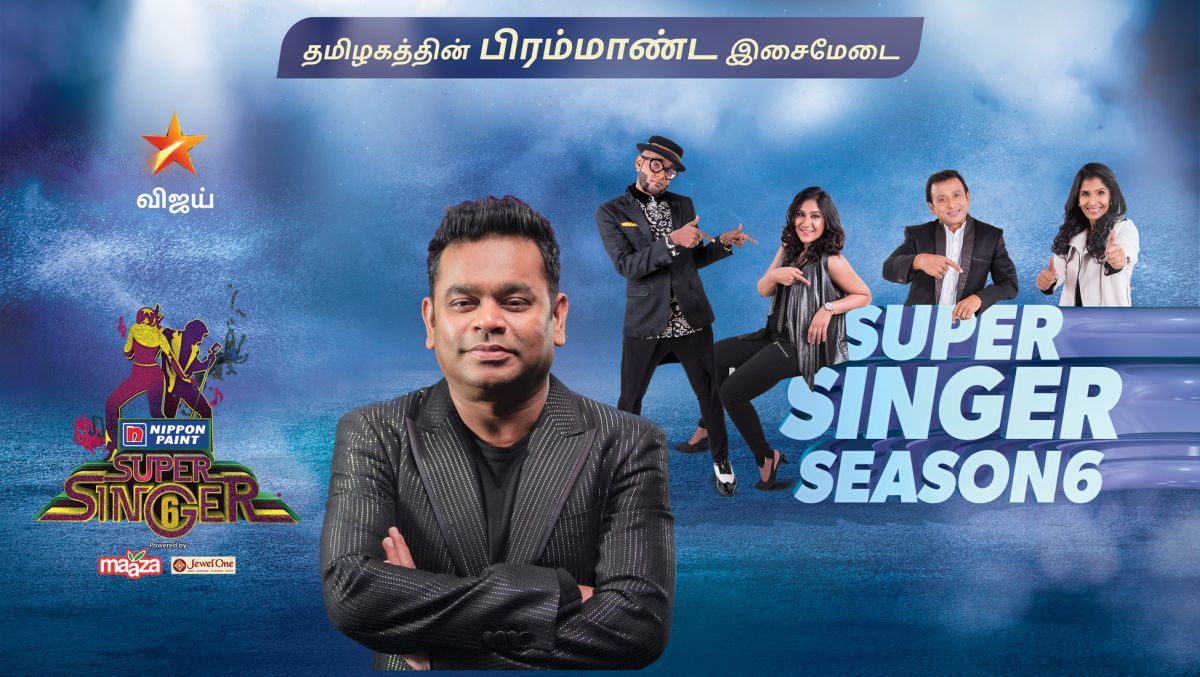 The most acclaimed singing reality show super singer 6 in Tamil is back, this time bigger and better. More than the prize money worth million, this time the winner is going to get an incomparable asset. For the first time on television, the legend is on board with the show super singer season 6. Yes, you heard it right! Like adding feather to a crown, the Mozart of Madras A.R. Rahman is on board with the super singer season 6. What more you can ask for? The recent promo has created a sensation where the legend himself has announced that the winner of the show will get a chance to sing in his composition.

The panel of judges for this season will have the musical sensation Benny dayal, the gorgeous singer Swetha mohan, the melody queen Anuradha Sriram and the most popular Carnatic and film playback singer Uni Krishnan. More surprising elements and whole new level of musical battle is awaiting in this all new season of super singer season 6.

After some months of gap, the most popular singing reality show of Tamil Nadu will soon hit your television screens. Yes! You heard it right, Super singer show

is back with its season 6. Super singer fans must have felt like it’s a long gap, the show will be launching shortly. The show hunts for the best voice. It also has thrown light on Non-familiar singers who have been striving to show their talent in a well-established platform. The show gave them a celebrity image. And now the super singer show stars are shining in the film Industry. The show is all set to launch from January 21st, 7 pm onwards, every weekend.

Every star’s journey begins with a dream. That dream journey has begun. Leaving no stones unturned, the best singing talents were selected from all over the cities. Any talented singer above the age of 15 can participate in the show. The auditions in search of the talents took place in various parts of Tamil Nadu. And finally, the best singers were chosen.