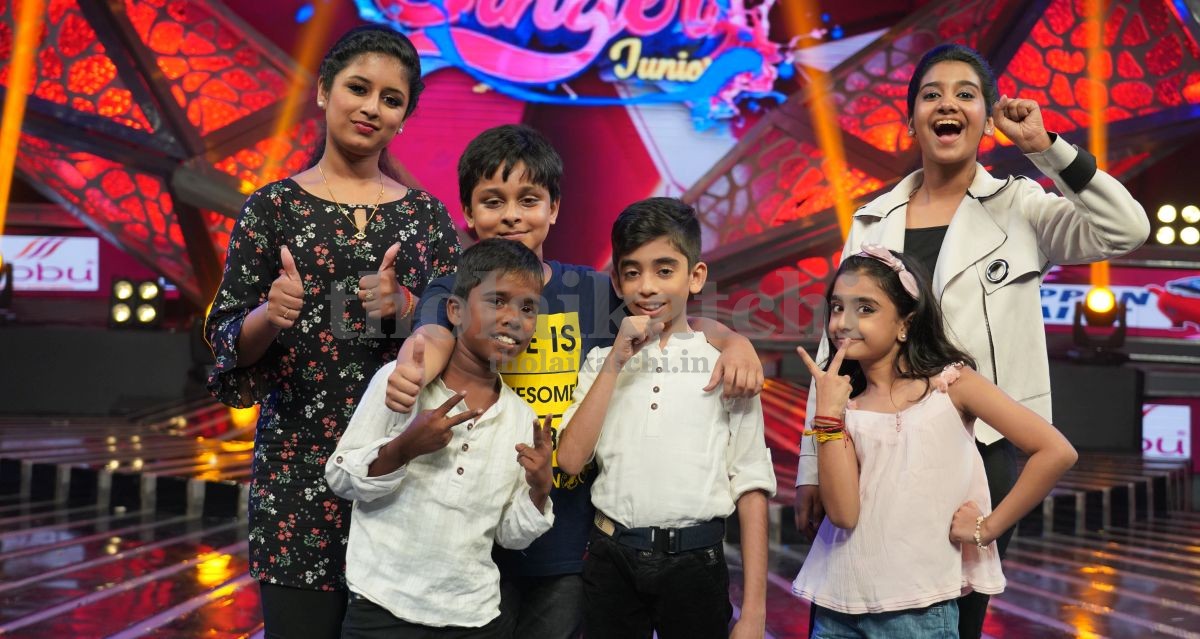 Gear up to witness the much awaited Grand finale Live of the popular reality show Super singer JUNIOR 6, which is slated to take place on April 21st in Nehru Indoor stadium (SDAT), Watch the live from 3.30 pm onwards.Since 2006, the show hunts for the best voice. So far, the show has thrown light on Non-familiar singers who have been striving to show their talent in a well-established platform. The show gave spotlight for the deserving talents. And now the super singer show stars are shining in the film Industry.

This season has seen the best bunch of talents with an ability to sing in various genres. This season has seen the singing legend Shankar Mahadevan, Singer Chithra, Singer SPB charan and Singer Kalpana judging and encouraging the talents. Leaving no stones unturned, the Sixth season of super singer has filtered the Top 6 finalists.The proud finalists of Super singer 6 are Ahana, Sinmaye, Anushya, Soorya, Hrithik and Poovaiyar

After a yearlong rigorous musical battle in various rounds in front of legendary musicians, singers and celebrities, these top six contestants are now gearing up to perform in the prestigious grand finale stage. The finale will have two rounds.In this grand Finale, many surprises are awaiting, which is going to be a musical treat for the audience. And our enthusiastic judges will give rocking performances on the grand finale.

The evening will witness electrifying performance from the finalists, renowned singers, Judges, Super singer stars and many more. The voting lines are open from 13th April 8 pm till 5 mins after the last competitive performance on air during the finale (April 21st) gets over. To vote for your favorite finalist, google search super singer vote and make them win the title. And don’t miss the musical entertainment.