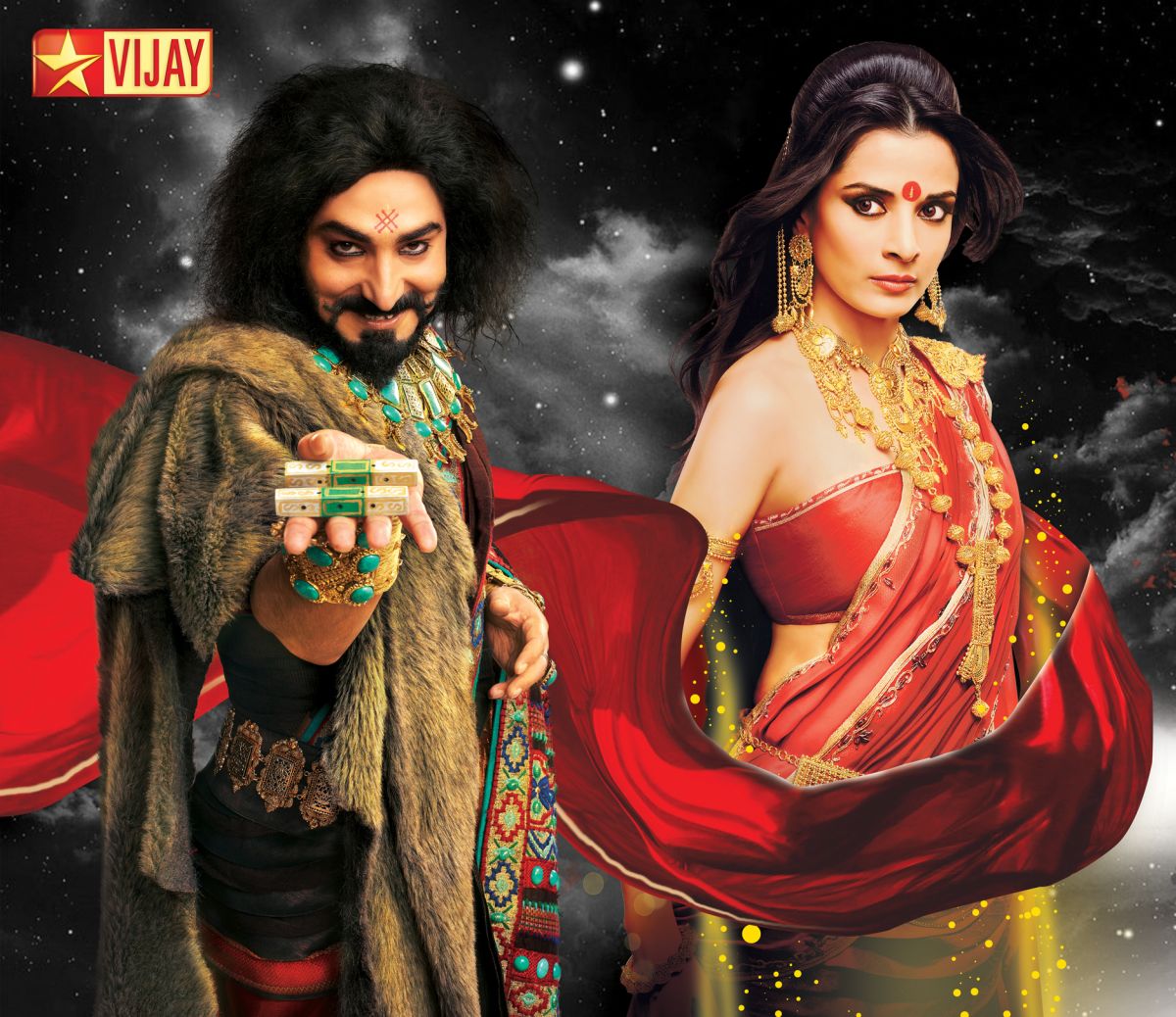 The Biggest Show Mahabharatam, Draupadi Declares that God will protect her! Will Dushyasanan be able to disrobe Draupati?. The epic story of Mahabharatam has been airing on Vijay TV since October 2013. Mahabharatam is a high-octane drama involving a huge array of complicated characters. It is more than a story that gives lessons and teaches us on life’s morals and values. From sacred literature that brought revelations about Dharma and Karma through generations, this is the most prestigious project of Star Plus and Vijay TV in Tamil, the legendary ‘Mahabharatam’.

In the forthcoming episodes Dhritarashtrar invites Pandavas along with Draupadi for a festival in Hastinapuram. He also informs them that Duryodhan wants to play a game of dice with Yudhistar. Will Yudhistar along with Arjun, Bheeman, Sahadevan, Nakul and Draupadi attend the festival? Will Shakuni and Duryodhan succeed in their plan against the Pandavas? Will Yudhishtar be able to learn about Shakuni and Duryodhan’s plan?

Will he win the dice game? Will he restrain from staking his brothers and Draupadi? Will the Pandavas be able to protect Draupadi? When Dushyasan drags Draupadi to the assembly hall and disrobes Draupadi’s saree, will he be successful in his intention? Draupadi declares that God will protect her, who saves her? To know answers for all these questions don’t miss to watch the coming episodes that have been shot with the best artistes to make the narration of this tale perfect on television.

The grandeur set, attention to detail has been taken to make the set look authentic. The best performance of Duryodhan, Shakuni, Pandavas, Draupadi, one cannot miss a single episode of this great narrative which is airing Monday to Friday at 7 pm only on Vijay TV.