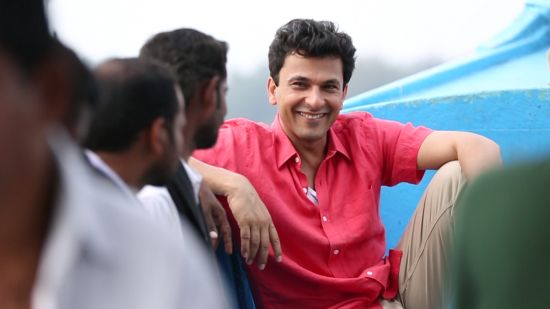 Twist of Taste Season 3 Every Monday & Tuesday Night at 9:30 P.m Only on FOX Traveller

FOX Traveller announced the launch of the third season of its highly successful and most watched show Twist of Taste today – Twist of Taste-Coastal Curries. The show will see the New York based Michelin starred chef and restaurateur Vikas Khanna on a seaside adventure. Vikas will travel to the sandy beaches of – Udvada, Ratnagiri, Goa, Mangalore, Udupi, Manipal, Kochi and Pondicherry, visiting places, meeting people and giving his signature touch to the local flavors. Join Vikas as he explores India’s vast coastline in the hunt for the best curries and coastal dishes every Mondays and Tuesdays @ 9:30 pm starting January 20, 2014 only on FOX Traveller.

During his adventurous expedition, he meets home cooks, chefs, farmers, fishermen, bakers, merchants, restaurateurs and chocolatiers as they share with him their food, traditions and the story of their journeys. Inspired by all the delicious, timeless food and the riveting stories of people, Vikas returns to his kitchen, to pay the dish his tribute by giving it his own fascinating signature twist. From Caramelized Cucumber Cake to Shrimp Poha Biryani to Udupi Sambar Jar Cakes, Twist of Taste is a true culinary adventure.

To bring out the flavour of the show, Vikas spread his magic at a live cookout at the Pan-Asian restaurant Shiro in Delhi today. He also launched a special ‘Twist of Taste Menu’ with an added Asian Twist to the existing Shiro dishes. For Hard Rock Cafes across India, Vikas has given his signature twist to the local favourites on the world-famous Hard Rock menu. The month long special menu at Shiro will be on offer post 20th January and the special weekend menu at HRC will be on offer from 25th Jan – 16th Feb, 2014.

Twist of Taste Season 3 – Coastal Curries is bigger, better and has a twist of coastal flavours that will titillate your taste buds! Get set to go on a culinary adventure and surprise your palate with fresh new tastes and original twists ala Vikas Khanna style. To know about the twists Vikas is about to bring into our kitchen, tune in to FOX Traveller from 20 January 2014, every Monday & Tuesday night at 9:30 pm.