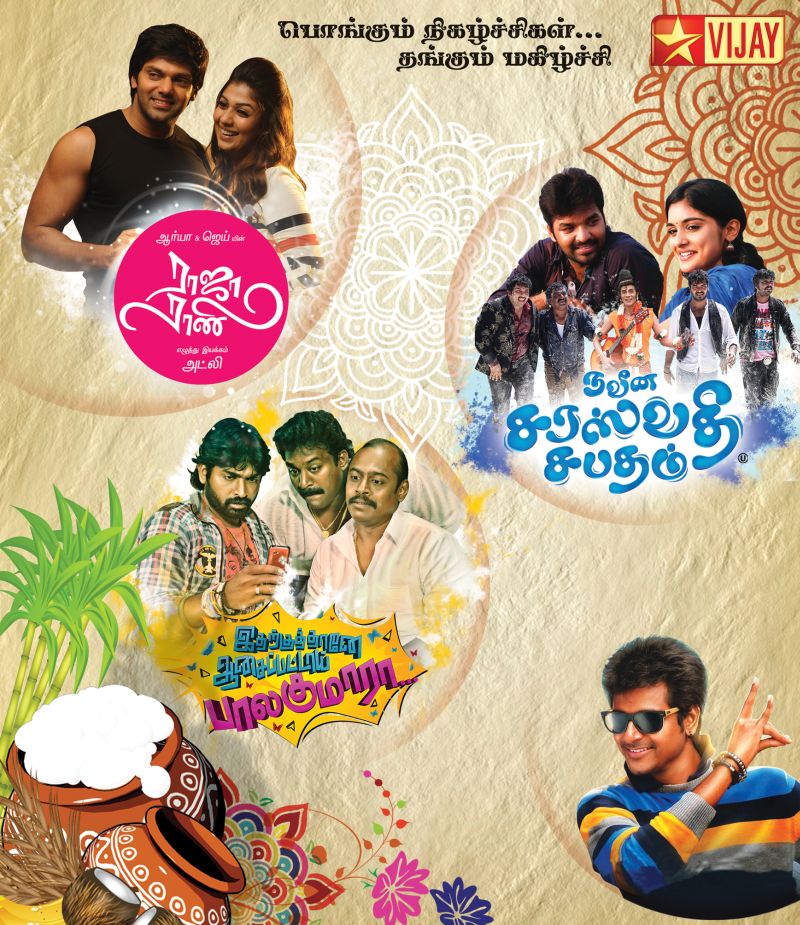 Idharkuthane Aasaipattai Balakumara (Premier) at 11:00 AM , A block buster romantic comedy film of 2013 featuring the most promising hero Vijay Sethupathy, Nanditha, Swathi will be aired on Pongal day at 11 am. The film acclaimed highly positive reviews from critics. This film directed by Gokul was declared blockbuster at the box office.

Naveena Saraswathi Sabatham (Premier) Vijay TV Pongal 2014 at 11:00 AM . Jai, VTV Ganesh & Sathya, star in this typical hangover-style comic caper, where they end up in a remote island after getting drunk at a bachelor’s party in Bangkok. Written and directed by K. Chandru the film is guaranteed for entertainment and laughter.

Thuppakki at 19:00 PM – The smash hit block buster starring Ilayathalapathy Vijay directed by A.R. Murugadoss and music by Harris Jeyraj will be aired on 15 Jan at 7 pm. The starcast also include Kajal Agarwal, Sathyan, Vidhyut Jamwal in the lead roles.

Watch all the special programmes and block buster movies line up for two days January 14, 15 2014 and enjoy the festive season with Vijay TV.