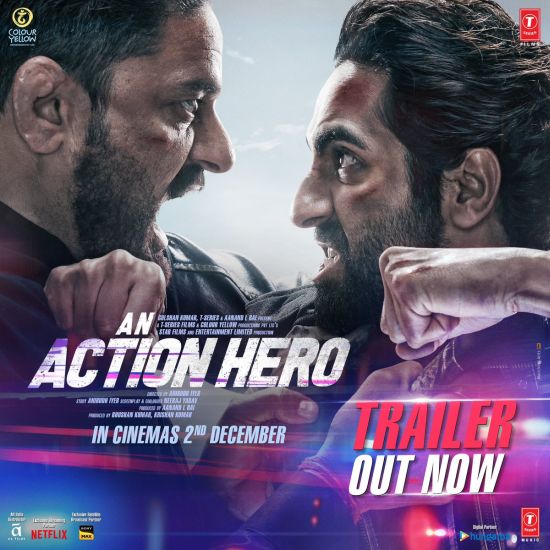 An Action Hero on Netflix is Another 2023 Hindi OTT Release of The Week, Ayushmann Khurrana and Jaideep Ahlawat Are In Lead Roles of The Movie. Directed by Anirudh Iyer, Written by Neeraj Yadav and Produced by T-Series/Colour Yellow Productions.