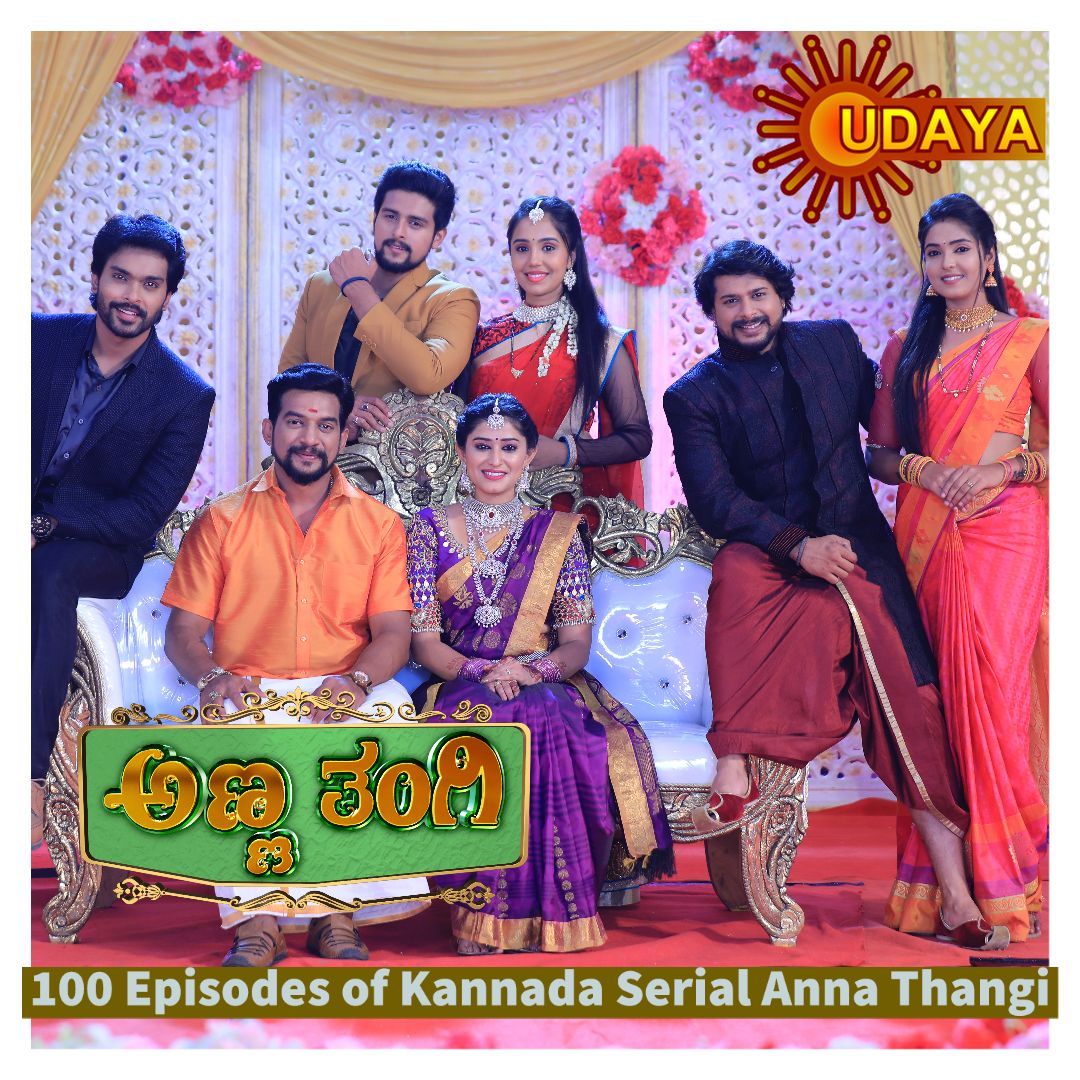 Udaya TV Serial Anna Thangi has reached a milestone by completing 100 episodes successfully! The popular show has already made its impact on audience with its heart touching storyline and the unconditional bonding between two siblings. Now, the show is about to entertain its audience with an interesting marriage sequence! Anna Thangi is the Official remake of Tamil Serial Vanathai Pola Later Remade in Malayalam as Aniyathipravu.

Tulasi and Shivaraj are siblings having an unconditional bonding with each other as they have lost their parents in childhood. Being more than a parent, Shivaraj raises his sister with all the love and care. He wishes his sister to get married to a wealthy and happy family so that she can get a family which they had lack of.

But, Tulasi’ s horoscope threatens that the bonding between Tulasi and Shivaraj may turn bitter if she gets married! Meanwhile, Tulasi’ s nephew, Indra is in love with Tulasi and is not happy with Tulasi getting married to another man. Shivaraj is not happy about Indra’ s interest in Tulasi as he is a rogue man with no morals. Tulasi is in chaos as she is in love with Abhi but she has to sacrifice her love for her brother Shivaraj.

Famous film director K.M. Chaitanya and Haridas KGF who had previously worked on the popular thriller ” Akruthi” are jointly producing the show. M. Kumar is the director and cinematographer of the show while Raghav Dwarki holds the role of screenplay.