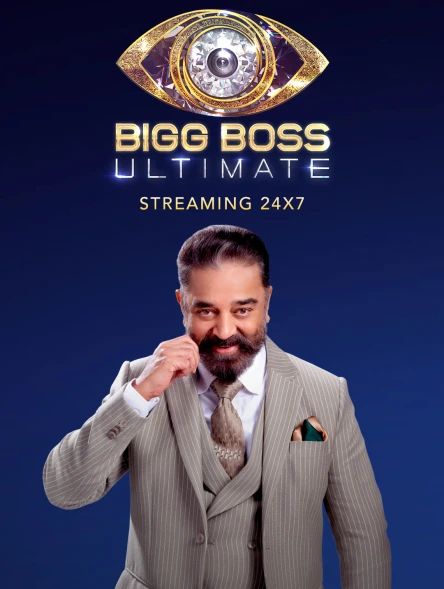 How you can watch the 24×7 Streaming of Bigg Boss Ultimate ?

Bigg Boss Ultimate , Here’s how you can watch the 24×7 Streaming of Bigg Boss Ultimate premiering on Disney+ Hotstar on 30th January. Disney+ Hotstar and STAR Vijay are all set to bring back the beloved show with the grand launch of the first-ever OTT version, titled Bigg Boss Tamil Ultimate, to keep audiences hooked on the drama and fun. The 24×7 show will see some of the best contestants from the previous seasons return to the screens for a second chance at winning the coveted title.

Here’s how you can watch Bigg Boss Ultimate

. Subscribe to the active plans of Disney+ Hotstar
. All the Disney+ Hotstar subscribers will be able to stream the 24×7 Streaming of Bigg Boss Tamil Ultimate from January 30, 6:30 PM, onwards
. Apart from 24×7 streaming, subscribers can watch the one-hour special episode daily at 9:00 PM from 31st January onwards.
. Bigg Boss Ultimate with Kamal Haasan only on Disney+ Hotstar from 30 January at 6:30 PM onwards