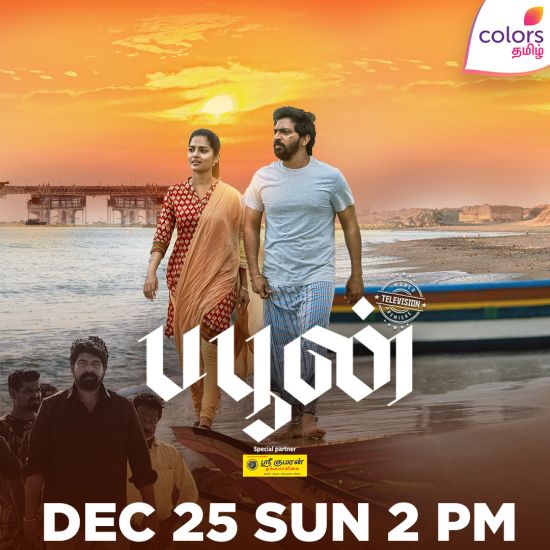 As Christmas is around the corner,  Colors Tamil, Viacom18’s Tamil Entertainment channel is all set to make the festive season all the more exciting with the World Television Premiere of Buffoon.

Featuring Actor Vaibhav and Actor Anagha in lead roles, the gripping crime thriller will add hues of entertainment and elements of thrill with the background scores of renowned music director Santhosh Narayanan.

Exploring nuances of middle-class struggles, the world of drugs, and street plays amidst romance, Buffoon is a packaged entertainer for audiences this weekend

Set in the coastal backgrounds of Tamil Nadu, the movie revolves around the life of Kumaran ( Actor Vaibhav) a street play artist who is popular for his comical antics. However, displeased with his income, he leaves his life as a street play artist to look for a different career abroad.

He soon takes up a job as a driver, but soon ends up in trouble as he learns that the vehicle he is driving, is used to illegally transport drugs. The police soon nabs him and his friend Muthaiya (Actor Aathankudi Ilaiyaraja). How Kumaran escapes and proves his innocence with criminals, and politicians behind his back will definitely keep the audiences at the edge of their seats.