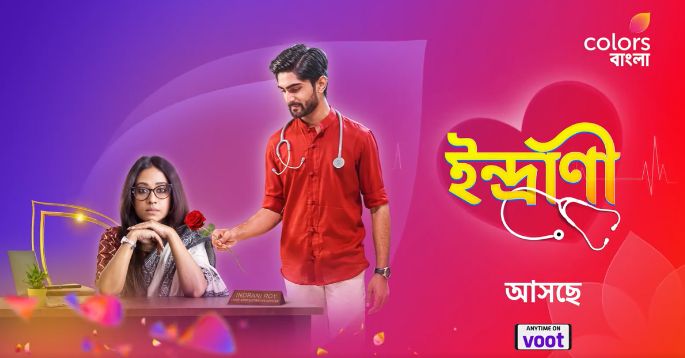 Leading Bangla general entertainment channel from Viacom18 is launching 2 new shows from today. Khonar Bochon (Every Monday to Saturday at 6.00 PM) and Arabya Rajani (Monday to Saturday at 7.30 PM) Launching on Colors Bangla Channel From 14th January. Jasmine Roy, Gourab Mondal are in the star cast of Arabya Rajani Bengali television serial. This will be a different experience for the tv viewers, Promos indicates that it’s made up with high level of graphics. Viacom18 is one of the largest indian television network, presence in all major indian languages. They are using Voot TV application for showing latest television programs online.

Born to the royal family of Singhal, Khona was a near genius and an astute predictor from a very young age, with a keen interest in the study of cosmic astrology and horoscope. Most-prominent for her early poetic compositions and contribution to Bengali literature, Khona’s life took an unforeseen turn, when her predictions came in direct conflict with those of her father-in-law, who was also a very respectable astrologer. Watch this television serial on Colors Bangla Channel, every Monday to Saturday at 6.00 PM to 6.30 PM.

Arabya Rajani – Every Monday to Saturday at 7.30 pm on Colors Bangla

Jasmine Roy as Scheherazade and Gourab as Shahryar are the Main actors/actress of the show Arabya Rajani. It’s based on Persian fantasy-fiction tales, Starting with Alibaba and the Forty Thieves, Scheherazade narrates the enchanting tales from the eminent ‘Arabian Nights’, followed by Aladdin’s Wonderful Lamp, Sinbad and many more. Produced by Surinder Films the show airs from Monday to Saturday at 7.30 pm on Colors Bangla.