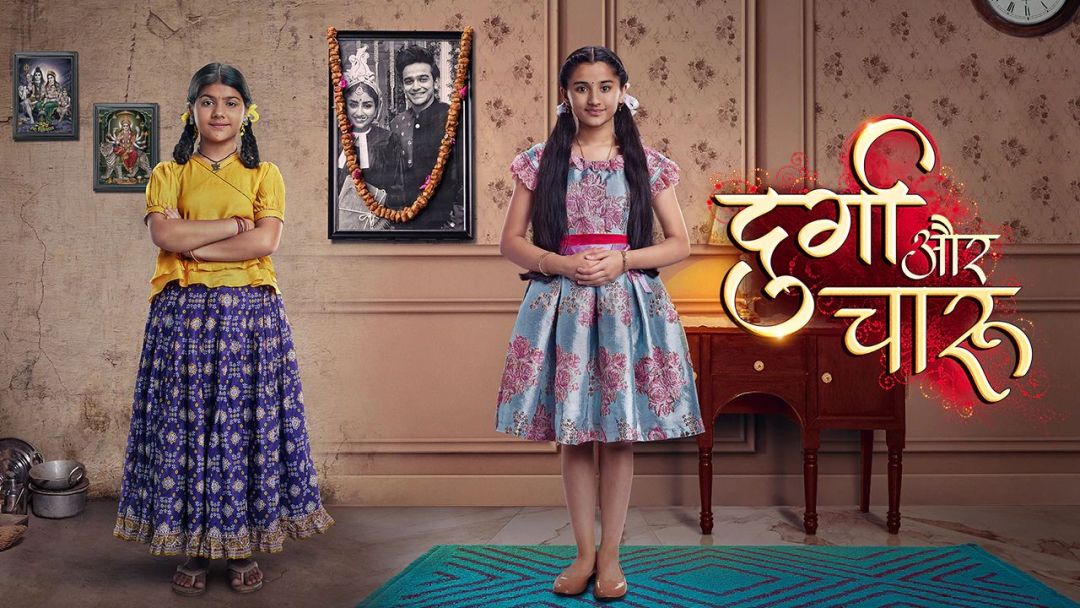 Every Monday to Friday at 08:30 PM is The Telecast Time of Durga Aur Charu Serial

Durga Aur Charu Is The Latest Serial on Colors TV Launched on 12th December at 08:30 PM. Telling the Story of Two sisters (Durga and Charu) get separated in their childhood when their parents pass away and develop into distinct personalities, living in different classes of society.

Vaishnavi Prajapat, Jyoti Mukherjee, Aurra Bhatnagar Are in the Star Cast of the Show. Voot App Streaming Today Episodes of The Show,Agni Sakshi – Ek Samjhauta is An Upcoming Television Serial on Colors TV.

Anirudh and Bondita’s daughters, Durga and Devi get separated from each other after the accident that takes their parents’ lives. Durga is found by her family and spends every waking moment wishing for Devi to come back. Will their paths cross again?

Durga (Aurra Bhatnagar), a modest and pessimistic child, and her street-smart older sister Charu are the subjects of the film Durga Aur Charu, which is set in the period before and after independence (Vaishnavi Prajapati). The two sisters are living separately and are unaware of one another. Due to their varied upbringings, they are as different as chalk and cheese. While Charu, Durga’s sister, is fierce, loud, and excels in academics, Durga is reserved, quiet, and depends on doing acrobatics to support herself. The former is raised by con artists, whereas the latter is adopted by wealthy parents.