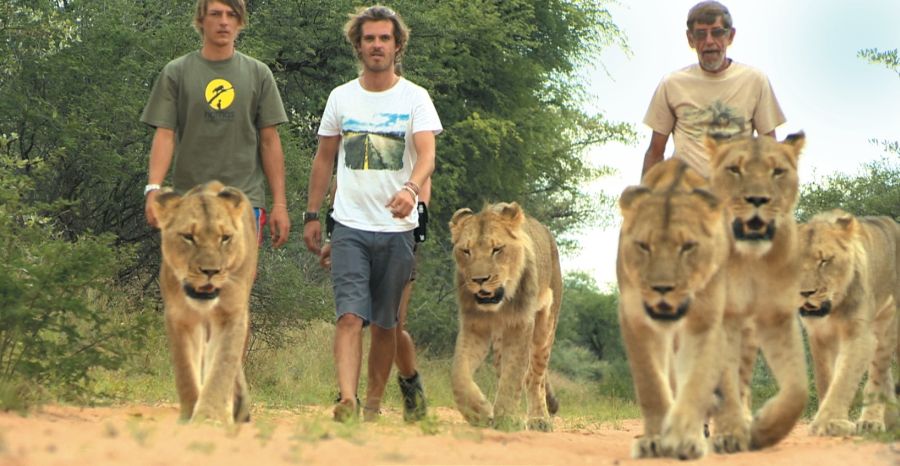 Animal Planet’s new series Harnas Wildlife Rescue Camp follows the young volunteers’ relationship with wild animals; their stories of love, passion and hate; their adventures with creatures as small as a meerkat and as big as a lion. City slickers from London, New York and Frankfurt suddenly become foster parents to baby leopards. They get bitten by baboons and scared by ferocious wild dogs. But they are safe, protected by characters like Frikkie, the hard-boiled Namibian cowboy who gives the kids a hard time; by Hermann, the gentle giant who has spent most of his life in the bush; and by Schalk van der Merwe, former football pro and manager of Harnas who has an almost eerie ability to talk and walk with lions.

Animals are often housed in cheerless places. But there is another type of animal refuge: a paradise in Namibia, southern Africa, created by the Harnas Wildlife Foundation. Its residents are as varied as the countryside: lions, baboons, wild dogs, cheetahs, mongooses and antelopes. Two-dozen wardens and rangers feed, protect and provide veterinary care and young people from all over the world offer to work as volunteers for a matter of weeks or months, while paying for their stay.

They feed, monitor and study around 400 types of animals. They get in close contact with wild dogs and other predators; they walk with a gang of young baboons and with Goeters, the world’s oldest cheetah. They clean lion enclosures, try to catch a runaway caracal cat and follow scientists who track newly-released cheetahs in the Life Line, a vast fenced wilderness within the Wildlife Rescue Camp. For the volunteers and staff alike the stars are the infant animals. There is always a young cheetah, leopard, porcupine or wild dog to meet.