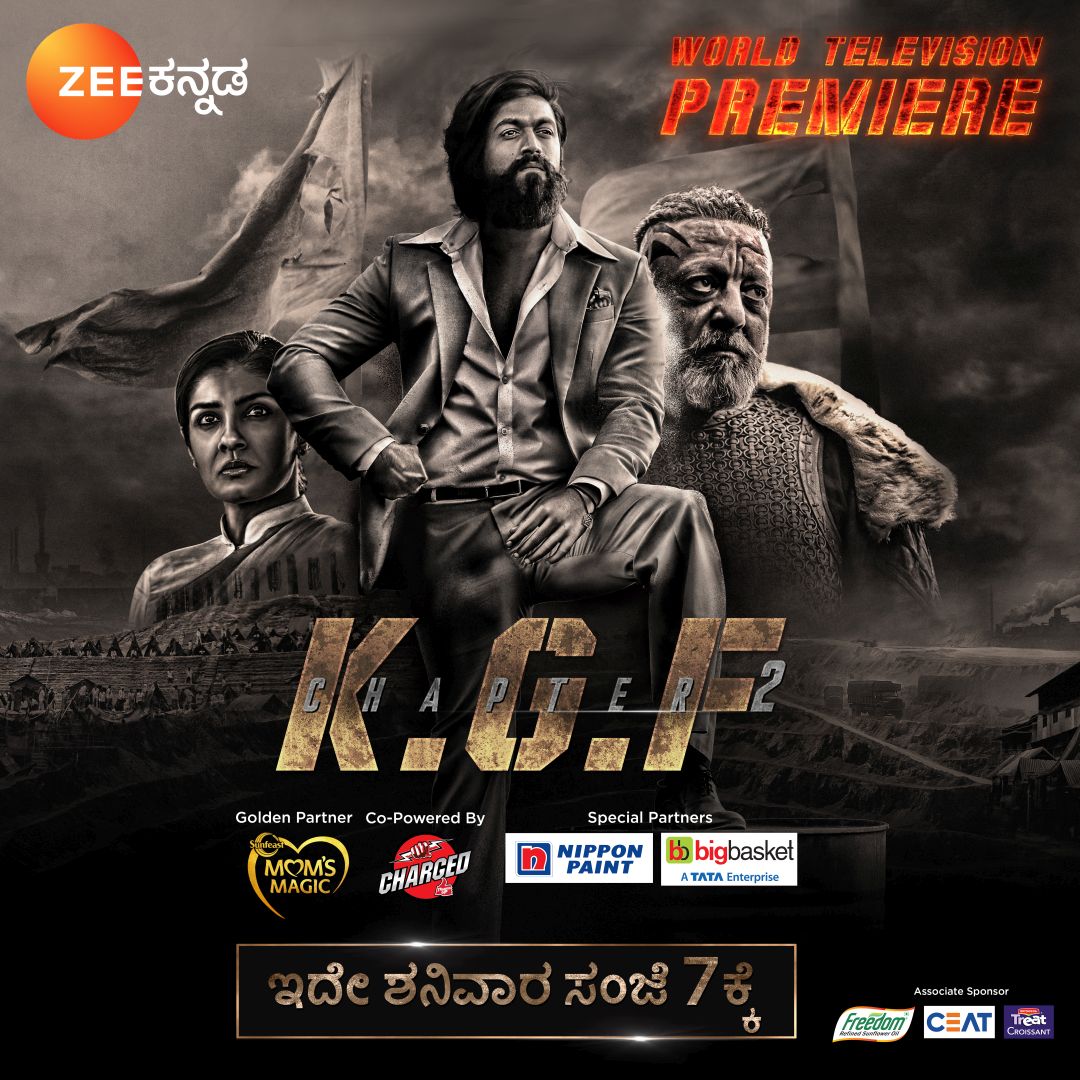 KGF Chapter 2 is the proud Indian blockbuster movie that made the whole world look at the Kannada film industry at once. This film hit the screen surpassing Chapter 1 in terms of story, technology, richness and choice of artistes, it has become a success in all the languages ​​it was released in and now it is history. Now this movie is being aired on Zee Kannada, the favorite entertainment channel of Kannadigas, which introduced Sirithana to Kannada television, on Saturday 20th August at 7 pm.

Zee Kannada , which has an excellent association with Sandalwood, has the distinction of contributing great artistes to the industry through its various programs. This is evidenced by the fact that several Zee family artists acted in KGF 2 as well. Rocking star Yash, Srinidhi Shetty, Sanjay Dutt, Raveena Tandon, Malavika, Vasishtha Simha, Prakash Raj, etc in the Star Cast of KGF Chapter 2 . This film is Written and directed by Prashant Neil. Produced by Hombale Films, Bhuvan Gowda is responsible for the cinematography while Ravi Basrur has composed the music.

KGF 2 hits the small screen in the festive month of Shravan and the unique promos that have already been released have the viewers eagerly waiting to witness this film festival. On August 20, Saturday at 7 PM, watch KGF Chapter 2 with your whole family and celebrate and enjoy this film festival. Please continue to support other programs of Zee Kannada.