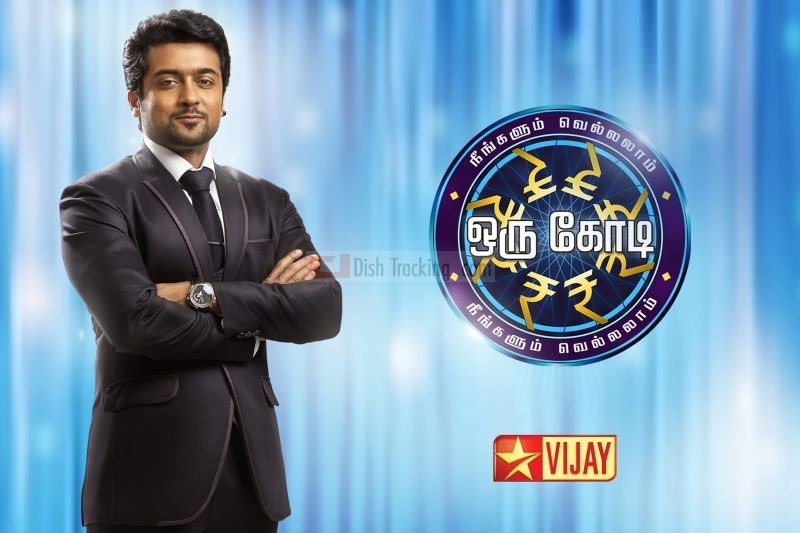 A Game show that has been played across 116 countries in 83 languages in the past 13 years, the World’s No. 1 Game Show and most successful format “Who Wants to be a Millionaire?” ; A phenomenon that rocked Indian audiences “Kaun Bange Crorepathi” is all set to capture Tamil audiences. Vijay TV and Big Synergy join hands to bring the successful international format to Tamil television aptly titled as “Neengalam Vellalam Oru Kodi” in February 2012. This iconic concept that redefined Indian television viewing, is a simple knowledge based game with big money up for grabs.

The show “Neengalam Vellalam Oru Kodi” on Vijay TV would be hosted by none other than the stylish actor SURIYA. This would be the Suriya’s debut on Television and the channel plans to leave no stone unturned announcing the launch of the show on Vijay TV. This successful game show promises a whopping amount of Rs. One Crore to be won; an amount that can change a common man’s life forever.

The Call for entry is open only for 5 days post which the lines would be closed. All arrangements have been made to avoid jamming of lines given the popularity of the show and the huge response anticipated. The selected participants would then go through a selection process and only a chosen few would get their shot at the game and win an opportunity to take home Rupees One Crore. The CFE questions would be announced on Vijay TV, Print and Radio stations from December 25th – December 30th.

The shooting of the season begins in January, 2012 and the show is all set to launch in February, 2012. The launch of Neengalum Vellalam Oru Kodi would be supported by a huge marketing blitzkrieg that would cover outdoor, print, radio and cinema across Tamilnadu. Talking on the show Neengalam Vellalam Oru Kodi; Vijay TV General Manager K.Sriram says “This is truly the first international format that would hit the Tamil television screens and we are very excited about it. This programme would be the game changer not only for Vijay TV but also Tamil Television . To strengthen the Channel we plan to launch two high decibel fiction shows around this programme.

How to Enter the Contest Neengalum Vellalam Oru Kodi In Vijay TV ?, Keep Watching Vijay TV for The Details.