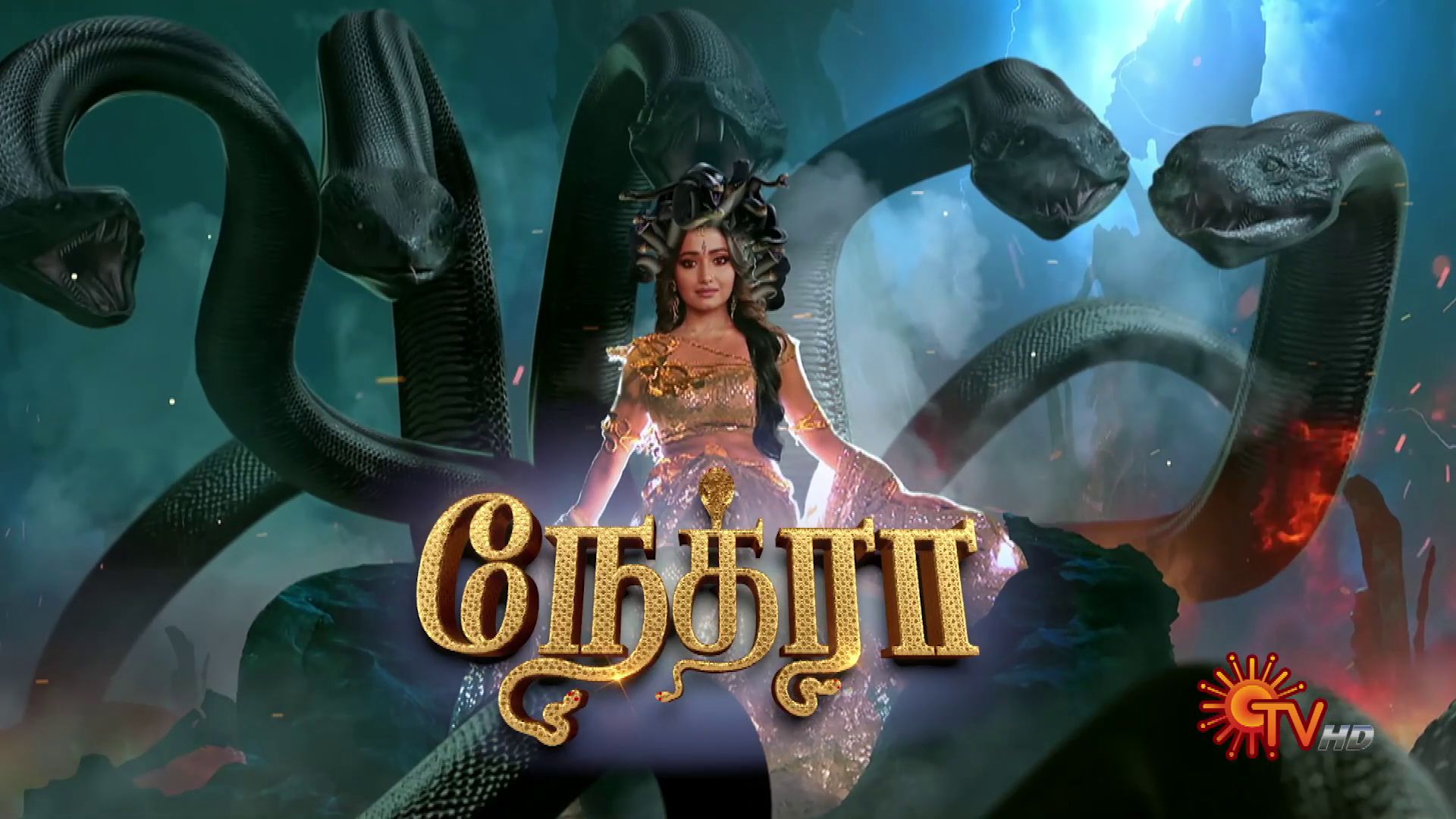 Every Sunday at 02:00 PM is the Telecast Time of Nethra Tamil Serial

Netra with a Nagakanyaka’s revenge fight, Netra is a love revenge story that continues from birth to birth. Netra is truly a willing Nagakanyaka blessed by Lord Shri Parameswara. She was chosen by Sri Parameswara to protect the peace and balance of humans on earth. For that, all the powers were put into a nagamanikya and reserved for her. Nagamanikya appears only on the day of Kartika Pournami, which occurs only once in 21 years. If Netra wants to own it, she needs to find a partner who has only good at heart and become a nagarani by self-sacrifice, and for that she chooses a man named Arjun.

Karan, a monster synonymous with cruelty, was trying to become the greatest power in the universe by acquiring the Naga Manikyam. After all his efforts fail, he realizes that if he marries Netra, he can get Naga Manikyam.

Although Netra was able to thwart Karan’s attempts in all six births, she was unable to marry Arjun and acquire the Naga Manikya. She vows to kill Karan in her seventh and last birth and marry Arjun to get the Naga Manikya. But it was not that easy for her. Netra, Arjun and Karan are reborn with no memories of their previous lives. Nethra is the daughter of a car driver from a normal family. Karan and Arjun, who were enemies in the last six births, are best friends in the seventh birth.

Will these three realize the duties of their past lives? How does Netra realize that she is the most powerful Nagakanyaka ruling the Naga world? How will Arjun realize that he is protecting Karan, the demon who killed him in the last six births and destroyed Netra’s goal? When will Karan find his inner monster? Will Netra be able to fulfill her love that has been unfulfilled for seven births and get the Naga Manikya? Or will the demon Karan possess the precious Nagamanikya and bring this universe under his feet? Wait and see Netra.