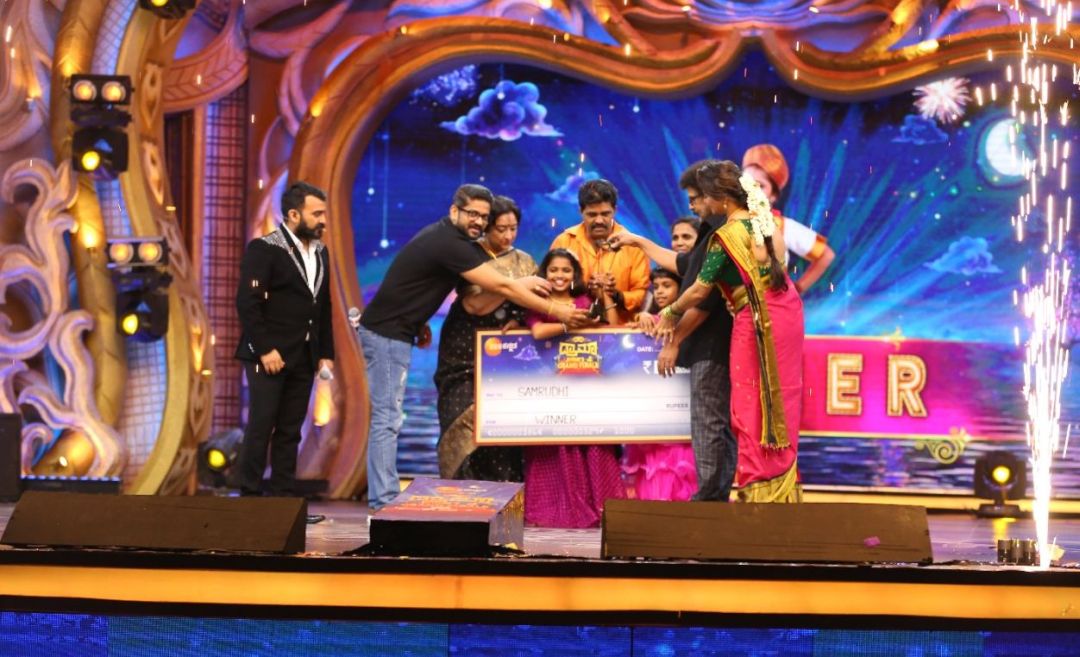 Karnataka’s Biggest Kid’s Reality Show Drama Juniors Season 4 Finished, The grand finale has telecasted in a grand manner. Proudly presented by Zee Kannada channel, this show has entertained the entire Karunad for 23 consecutive weeks and is now a favorite program in Karnataka. Samruddhi S Modaveera from Kundapur has emerged as the winner of this season.

It was special that 15 children were selected for the final who were impressed by their wonderful performance. Four of them have reached the stage of winning the award and the Triple Gems have declared the best of the best as winners. Apart from that, the remaining 11 talents were honored by giving a medal to each child.

Samruddhi S Modaveera Won the 4th Season of Drama Juniors , As a testament to the quality and specialty of the program, two talents Gautam Raj from Chamarajanagar and Sanidhya Achar from Udupi tied for the second position and bagged a prize of three lakh rupees each. Vedik from Mangalore got the third position and gained popularity. Arun of Kulla Singham fame from Raichur, who came to the stage as a unique talent this season, was also given a cash prize of one lakh rupees as a special prize. Apart from that, it is special that all these prizes are being used for the education of those children.

Sharaniah, the director of this show and the non-fiction head of Zee Kannada channel, spoke and praised all the workers, mentors, judges, camera men and skit writers who successfully handled the program. Shreerastu Shubhamastu (Remake of Aggabai Sasubai) Will Soon Start on Zee Kannada Channel. Comedy Khiladigalu Season 4 Will be The Latest Reality Show of The Channel.